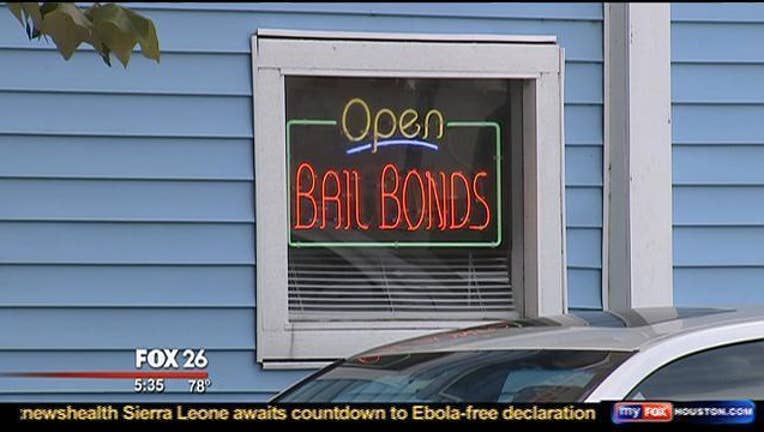 In the nation’s 3rd largest jail most of the inhabitants are folks who've committed non-violent offenses but who know no one capable or willing to scrape up several hundred bucks for their bail.

That means hundreds of these folks face loss of job, loss of housing, re-possession of cars and neglect of children while they sit in cells awaiting court dates.

"They are losing those jobs and that's taking valuable citizens out of the community. These are tax paying citizens that can't come up with the money from day to day," said Jay Jenkins of the Texas Criminal Justice Coalition.

To soften that destructive impact activists are demanding bail reform and new scientifically validated systems that assess the risk of each offender - the kind of method that could have kept Sandra Bland out of the cell where her life ended.

"For someone like Sandra Bland the question would not be, does she have five hundred dollars, but is she a risk not to come to court? That was not done here. It's not done in most of Texas. It is not done in most of Harris County," said Sandra Guerra Thompson, a criminal justice expert at the University of Houston Law Center.

"Who is going to chase them down and catch them when they miss court? Pretrial doesn't. So, if you have a bondsman on the case, they hold people accountable," said Kubosh who believes more PR bonds should be available to the indigent.

Kubosh says the County gets $4 million annually on forfeitures from the bond industry adding that approximately 14,000 citizens are under some type of bond in the community on any given day.