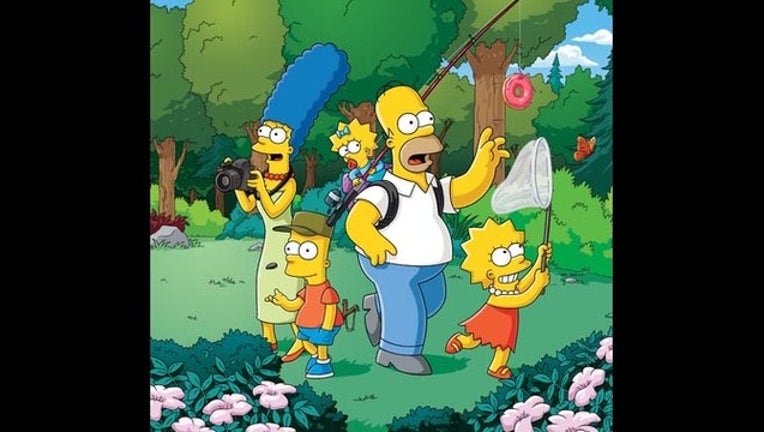 Sam Simon, a co-creator of "The Simpsons" and animal-rights advocate who made a midlife career shift into philanthropy and channeled much of his personal fortune into social causes, has died.

Simon died Sunday at his home in Pacific Palisades, Calif., his agent, Andy Patman said. He was 59.

He was diagnosed with advanced colon cancer in 2011.

After stints writing for "Taxi," ''Cheers" and "The Tracey Ullman Show," Simon helped launch "The Simpsons." During his writing and producing career, he collected nine prime-time Emmy awards.

He left "The Simpsons" after its fourth season under a deal that rewarded him with ongoing royalties from the show, which is now in its 26th season.

He then established the Sam Simon Foundation, which rescues dogs from animal shelters and trains them to assist the disabled. He also donated to Mercy for Animals and the Sea Shepherd Conservation Society, among other groups. In 2013, People for the Ethical Treatment of Animals' Norfolk, Va., headquarters were christened the Sam Simon Center in recognition of his support for that organization.

In an interview with The Associated Press in 2013, Simon voiced a desire to spend all of his money on charitable causes.

"I'm supporting the charities that I supported during my lifetime," he said, "and I want to continue to do that."

Simon had grown up in Beverly Hills across the street from Groucho Marx, though his father was in the garment industry, not show business.

After turning his drawing talent into a job at an animation studio that made cartoons for kids, Simon submitted a script, on spec, to the ABC comedy "Taxi." His script was bought and produced, and Simon, in his 20s, was hired as a staff writer and soon rose to be the showrunner.

From there he joined a new NBC sitcom called "Cheers," where he was staff writer for its defining first three seasons.

In 1987 he became a writer and executive producer on the Fox sketch-comedy series "The Tracey Ullman Show," where he was teamed alongside James L. Brooks, with whom he had worked on "Cheers" and "Taxi," and cartoonist Matt Groening.

This trio became the founding fathers of "The Simpsons."

On Monday, Groening saluted Simon's "phenomenal talents, sharp intelligence and sly sense of humor," while Brooks called him "truly one of the great ones. He found so much outside the work to give him pleasure and left so much behind for others."

"The Simpsons" began as interstitial cartoon clips aired during the otherwise live-action "Ullman" show until, in 1989, it was spun off as a Fox half-hour of its own. Simon was named creative supervisor, and he hired the first writing staff as well as creating several Springfield citizens, including Mr. Burns, the cadaverous industrialist, and Dr. Hibbert, the buffoonish physician.

The show - TV's first successful prime-time animated series since "The Flintstones" nearly three decades before - caught the public off-guard with its sassy but perceptive look at the culture and opened the door for a new television genre of animation geared toward adults.

"With 'The Simpsons,' people didn't know what they were gonna see," said Simon. "They didn't have a clue." The show was given time and free reign to flourish by the fledgling Fox network, which desperately needed a hit. "I don't think you get that sort of creative freedom with any broadcast shows today."

Simon left "The Simpsons" in 1994 owing to a strained relationship with Groening. Not only did he not play any subsequent role in the series, he claimed to never have watched it after stepping away, even as his name remained in the weekly credits along with Groening's and Brooks'.

It was a lucrative departure. Simon's exit deal entitled him to royalties from "The Simpsons" that, more than a quarter-century later, annually paid Simon tens of millions of dollars.

That annuity bankrolled the causes and alternative lifestyle (including amateur boxing and high-stakes poker) that increasingly he came to embrace.

"I'm not sad," Simon declared in 2013, as he battled an illness that his doctors were saying might claim him within months. "I'm happy. I don't feel angry and bitter. I want to do whatever I can to survive."