GALVESTON, Texas - A serial killer already on death row for a murder in Oklahoma has pleaded guilty to the murders of three Texas girls, whose cases had gone cold for decades.

Later on Wednesday, the 62-year-old appeared in a Brazoria County Court, where he pleaded guilty for the murder of 20-year-old Kelli Ann Cox.

Reece was given a maximum life in prison sentence for each offense.

His violent crime spree in Texas and Oklahoma happened across a five-month span in 1997, during which he killed four victims and kidnapped another. The crimes happened after he had already served time in Oklahoma prison for the rape of two women there.

It took nearly two decades before he was linked to the cold murder cases.

Below is a timeline of his victims' disappearances, murders, and the investigation that led to his convictions. 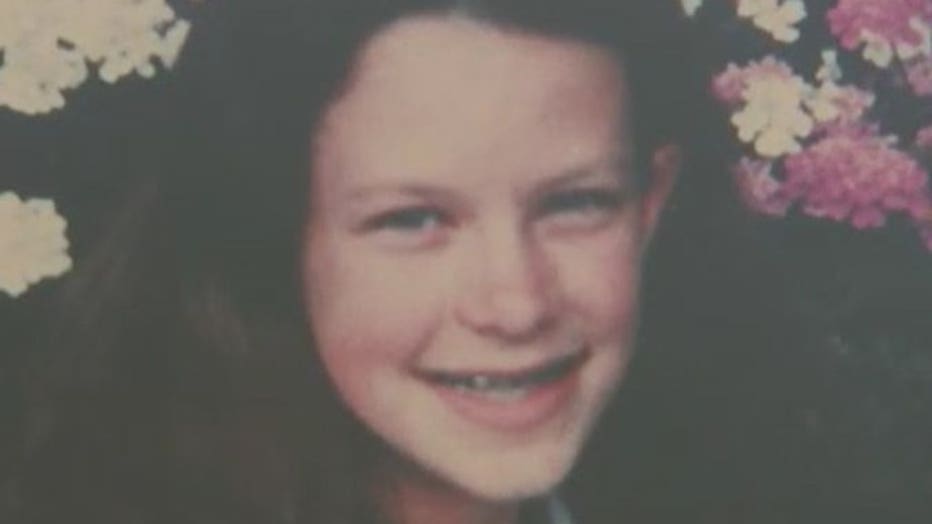 On the morning April 3, 1997, Laura Kate Smither went out jogging in her Friendswood neighborhood. Then she failed to come home.

For more than two weeks, 6,000 volunteers searched over 800 square miles for the 12-year-old girl.

On April 20, 1997, 17 days after Laura disappeared, her body was found in a water retention pond near Pasadena several miles from her home.

In the early morning of May 17, 1997, Sandra Sapaugh stopped at a Webster store to call a friend. She observed a white pickup truck and its driver staring at her.

She went back to her van, and headed to a nearby restaurant where she was to meet a friend. Sandra heard a strange noise coming from her tire, but managed to pull into the parking lot of the restaurant.

Before she could get out of her van, the driver of the pickup truck appeared at her window, explaining that he noticed that she had a flat tire. Sandra got out of the van and saw that the tire was flat. The man offered to help. He opened the hood of his truck and asked Sandra to reach into his truck and hand him a rag from the passenger side of the truck. As she leaned into the truck, the man came up behind her, placed a knife to her neck, pushed her into the truck, and ordered her to stay down.

The man then drove to the parking lot of a Motel 6. He stopped the truck, reached into Sandra's shirt, and ordered her to remove her pants. She refused.

They left the motel parking lot and the man drove north on I-45. The man again ordered Sandra to remove her pants. She asked if she could take her shoes off first. He agreed, but to "hurry up."

Sandra bent down, opened the passenger door and prepared to jump from the moving vehicle. The man grabbed her shirt, but Sandra jumped out, hit the ground, and rolled. She began running toward oncoming traffic as she heard the man's truck stop and begin reversing.

A female driver pulled over when she saw Sandra in the road. Sandra pointed up the road to the pickup truck, which was now reversing toward the women. The female driver helped Sandra into her car and drove back to the restaurant to call police. 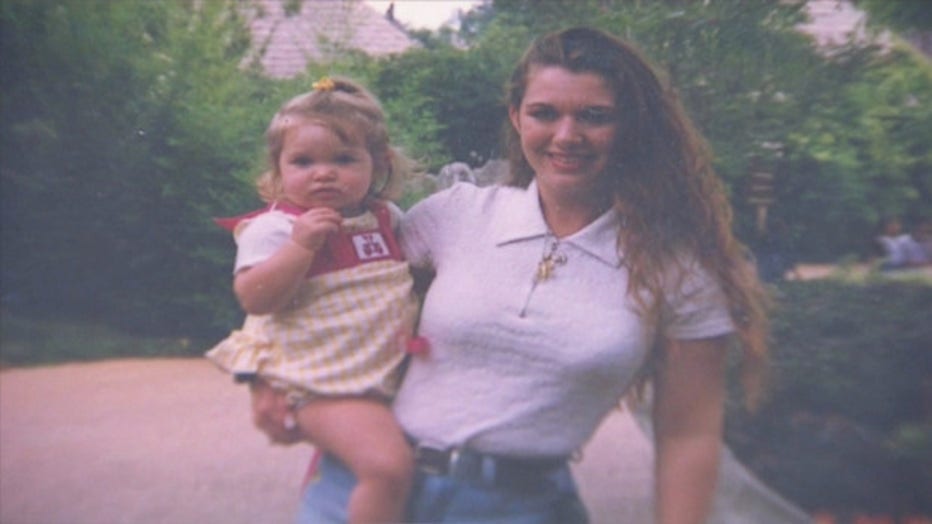 On July 15, 1997, Kelli Ann Cox took a daytime tour of a Denton, Texas jail with her fellow University of North Texas classmates.

When she left and went to her car, the 20-year-old Criminology student discovered that she had locked her keys in her car, and the spare key would not unlock the door.

Kelli walked across the street to the gas station’s payphone to call her boyfriend for help.

She then went inside, bought a drink, and was never seen alive again.

Kelli’s family knew something was wrong, as she had a toddler who, according to her family, Kelli never would have abandoned. 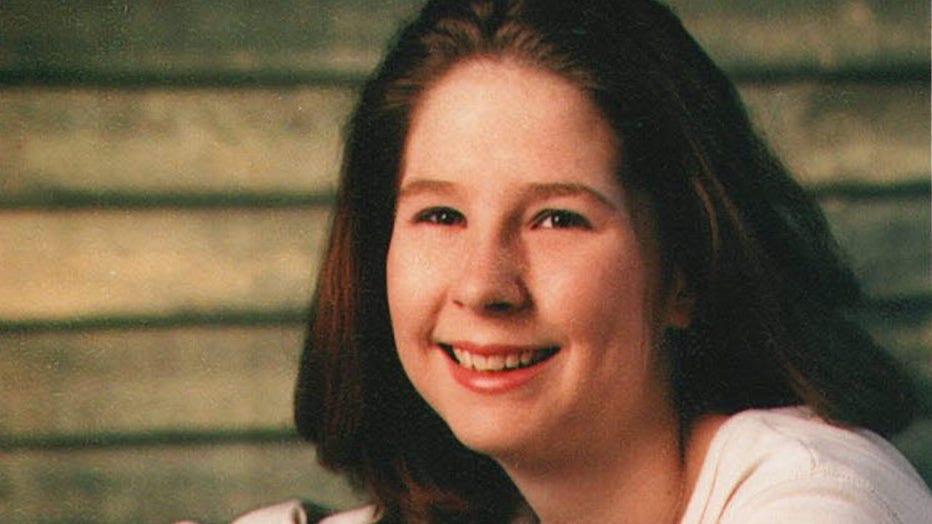 Tiffany Johnston was abducted on July 26, 1997 from a car wash in Canadian County, Oklahoma.

On July 26, 1997, Tiffany Dobry Johnston went to Sunshine Car Wash in the town of Bethany, Oklahoma. She never returned home and her car was found left behind at the car wash.

The 19-year-old's body was found the next day in a field in Yukon. 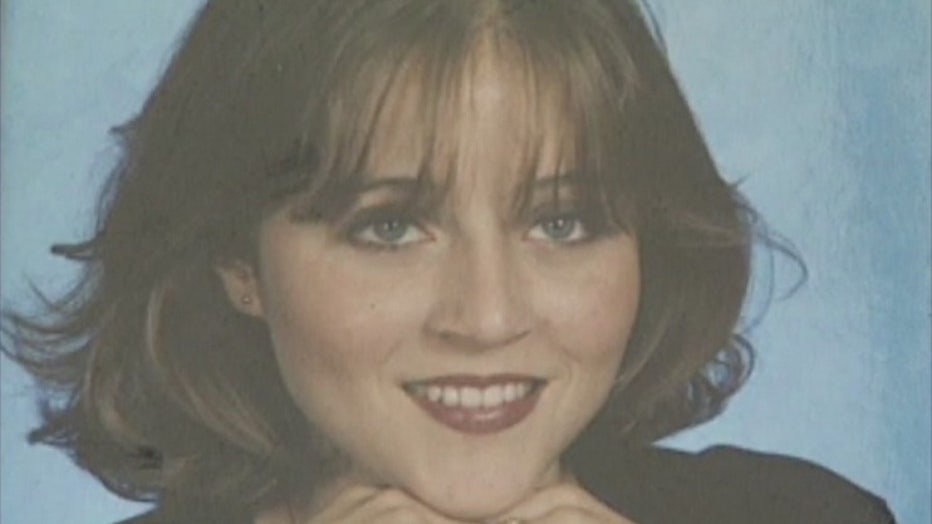 Aspiring actress Jessica Cain was never seen again after she vanished in Aug. 1997.

On Aug. 17, 1997, Jessica Lee Cain went to a party at a restaurant to celebrate her performance in a high school musical.

Later, her father's truck, which she was driving, was found abandoned and operational on I-45 in LaMarque. It was along the route to her home on Tiki Island.

Her purse was left inside.

William Reece was arrested for the aggravated kidnapping of Sandra Sapanaugh, five months after the incident.

The Friendswood Police Department also publicly named Reece as a prime suspect in the death of 12-year-old Laura Smither. But ultimately, no charges were filed against him in that case. 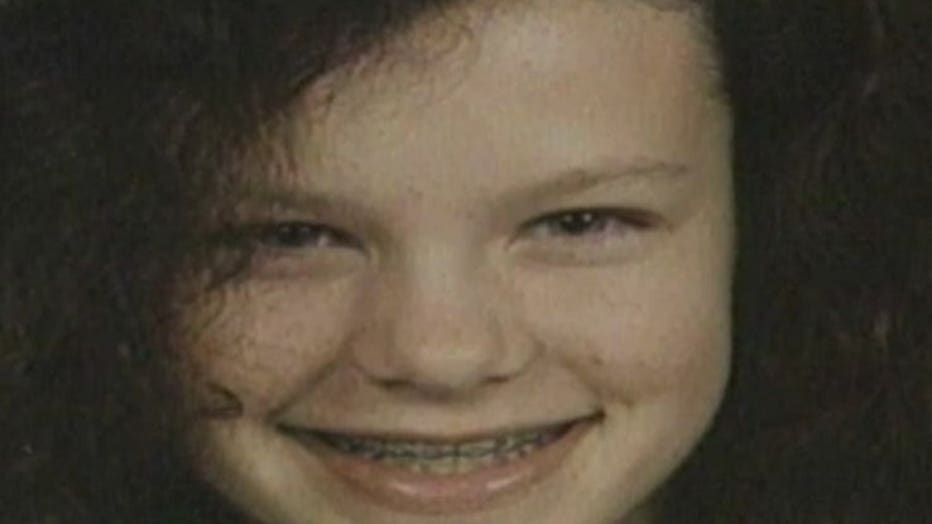 Laura Smither, 12, never came back home after going for a jog in her Friendswood neighborhood on April 3, 1997. Her body was found more than two weeks later.

In 1998, Reece was convicted for the aggravated kidnapping of Sandra Sapaugh that also occurred in 1997. He was sentenced to prison for 60 years.

Months later, the OSIB charged Reece with first-degree murder and knapping for the case, while he was serving his 60-year sentence in Harris County Jail.

Reece pleaded not guilty in the case. 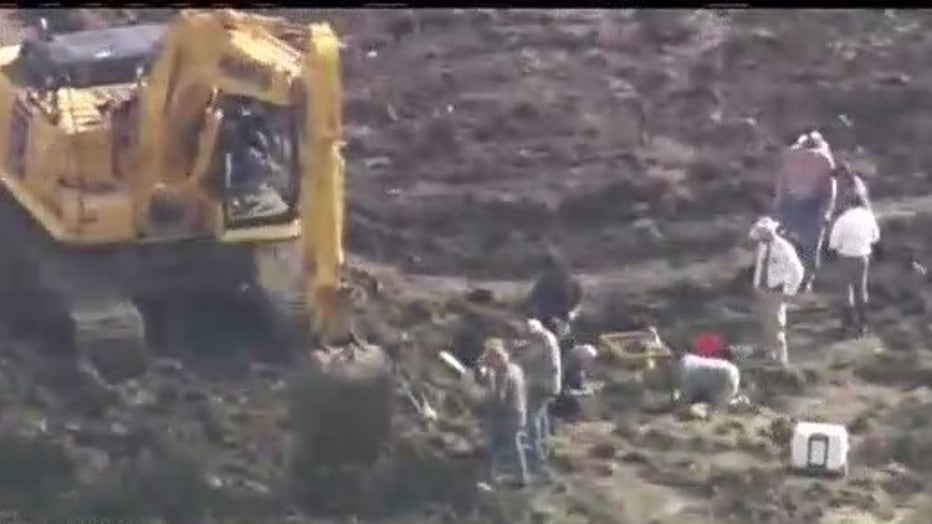 Reece began cooperating with prosecutors and confessed to murders in Texas. His defense attorney would later reveal that Reece admitted to the killings because a Texas Ranger had promised that prosecutors wouldn’t seek the death penalty.

The convicted kidnapper was temporarily released from state prison into local law enforcement custody to help with the searches for Jessica Cain and Kelli Cox. 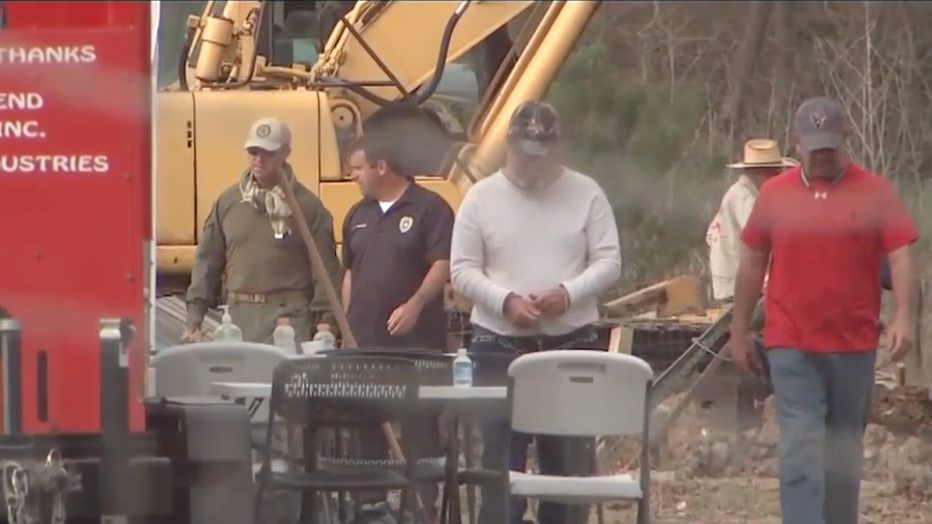 William Reece helps investigators search for remains of Jessica Cain and Kelli Ann Cox in March and April of 2016.

Working with the information they obtained, and after an extensive months-long search, digging where Reece led them, investigators recovered the remains of Jessica Cain in a field in south Houston on March 18. And then the remains of Kelli Cox in rural Brazoria County on April 5.

MORE: Recovered remains confirmed to be that of Jessica Cain 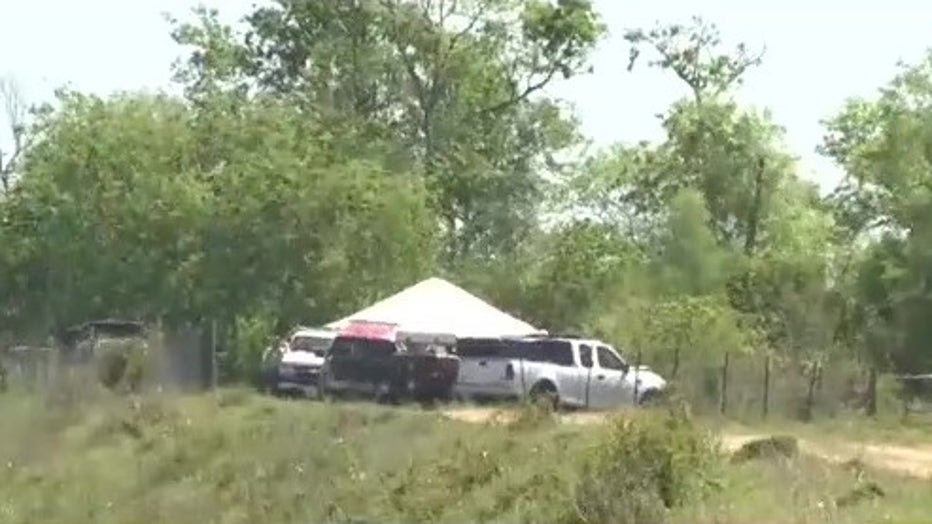 Suspected serial killer William Reece was indicted for the murders of two Texas girls whose cases had been cold for nearly 20 years.

A Galveston County grand jury spent 10 minutes deliberating before indicting Reece for the murders of Laura Smither and Jessica Cain.

Suspected serial killer William Reece was indicted in Brazoria County on December 14, 2017, for the capital murder of Kelli Cox, whose remains were found the year before. 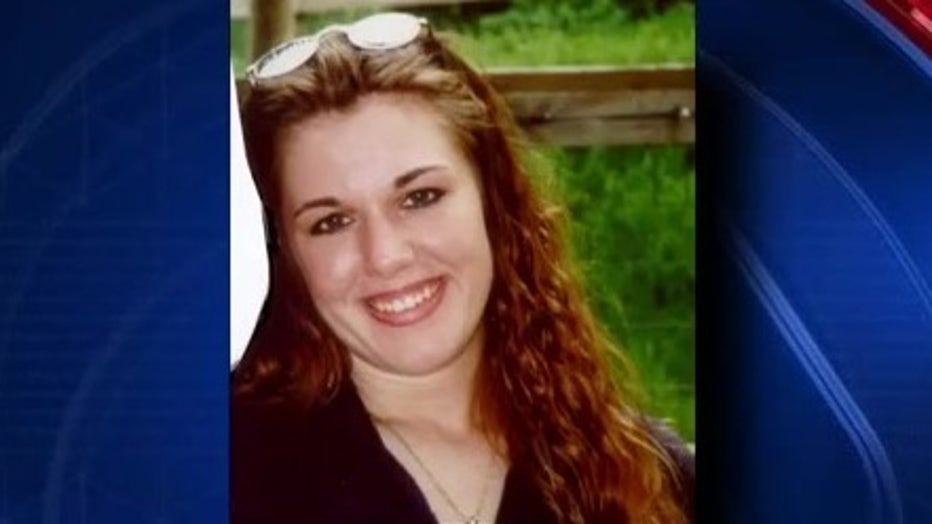 During William Reece's trial for the murder of Tiffany Johnston, an Oklahoma jury heard 2016 police recordings of Reece confessing to three murders in Texas and the murder of 19-year-old Tiffany. Reece confessed to abducting Johnston by throwing her in his horse trailer and driving away.

The jury took only an hour to find him guilty, The Oklahoman reported.

Prosecutors in the case sought the death penalty.

Nearly three weeks after he was found guilty, Reece was sentenced to die for the first-degree murder of Tiffany Johnston.

That sentence is on appeal.

FOX 26 Reporter Tiffany Justice has more as confessed serial killer William Reece is back in the Houston area.

Months after his sentencing, Reece was transported from Oklahoma to Texas to stand trial for the three Texas murders.

"In accordance with the Interstate Agreement on Detainers Act, William Lewis Reece is being transported from Oklahoma to Texas to stand trial for his crimes in Galveston and Brazoria Counties.  Reece was indicted in Galveston County for the murders of Laura Kate Smither and Jessica Cain and in Brazoria County for the capital murder of Kelli Cox.  The Galveston County District Attorney’s Office is working closely with the Brazoria County District Attorney’s Office, and both intend to vigorously prosecute Reece and hold him accountable under the law." 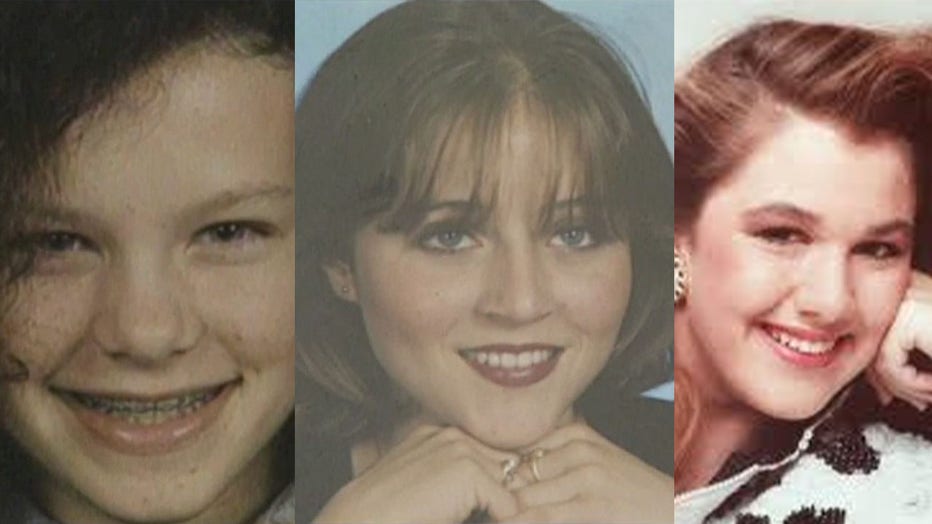 Galveston officials say Reece had confessed to murdering the victims, but was careful not to provide enough evidence for the State of Texas to pursue the death penalty.

Instead, he received the maximum sentence allowed, life in prison for each case. He cannot appeal.

Reece, 62, is not eligible for parole until serving 30 years, according to the law in effect at the time of the murders. 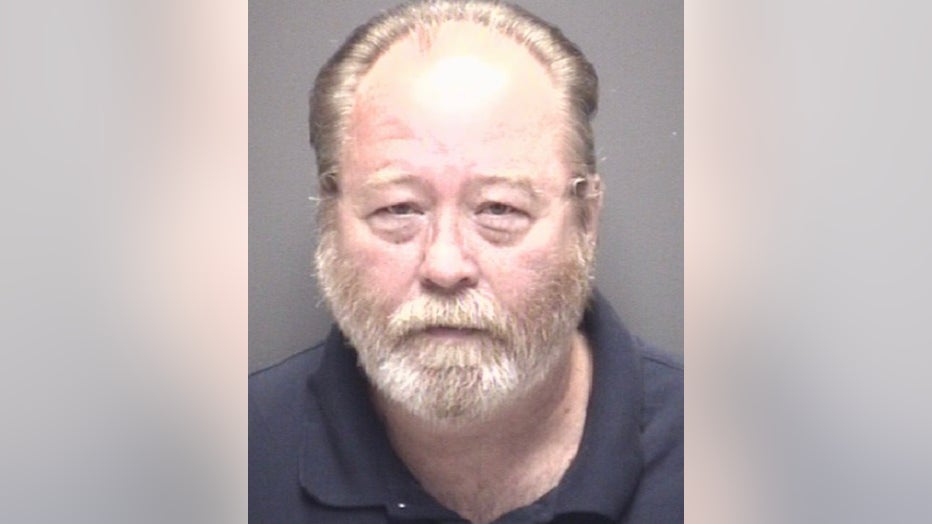 Mugshot of William Reece taken on Wednesday, June 29, 2022, when he pleaded guilty to the 1997 murders of three Texas girls.

Reece is still serving a 60-year sentence for the 1997 Texas aggravated kidnapping of Sandra Sapaugh.

The Associated Press, Barbi Barbee, and Aaron Johnson contributed to this report.