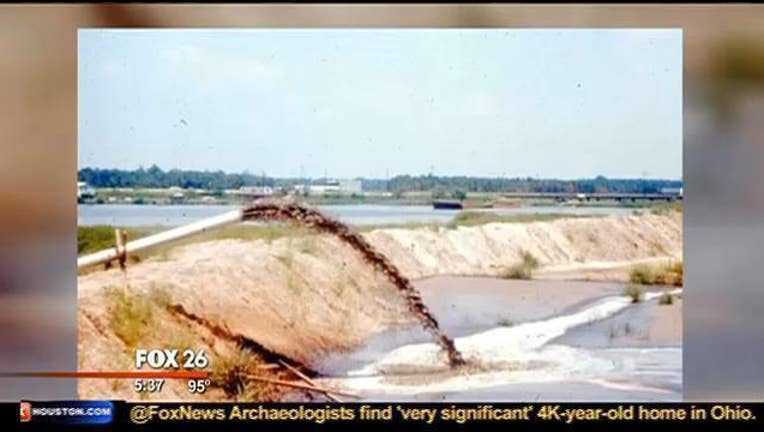 Just across the water from the notorious Dioxin dump known as the San Jacinto River Waste Pits you will find Pin Oak Road where residents say for every mailbox there is at least one case of cancer.
"There's too many people getting sick. There's too many," said Tony Bell, a Highlands resident.

"They are dropping off like flies.  Cancer here, cancer there," added Harvie Sasser, also a life-long Highlands resident.

Bell and Sasser are sisters and fellow breast cancer survivors. They say long before the state confirmed alarming clusters of the disease in their community, they knew people were suffering and dying long before their time, including five members of their own family.

"You don't know if you are going to make it or not and it brought down the family, big time," said Bell.

"I didn't ask for cancer and liver problems, kidney disease and colon disease. I didn't ask for any of that, but I got it and a lot of neighbors and friends got it too," said Sasser.

While scientists have yet to confirm the source of the elevated rate of illness these sisters are quick and certain with their belief. They say Dioxin that leeched into the river they swam in and well water they drank, sickened them, killed others and put their grandkids lives at risk.

"We just don't want these children to go through what we went through. I mean, we are losing people. We go to a funeral at least once or twice a month, that's not fair," said Sasser.

"They blame it on everything, but the truth," said Bell.

"We are not looking for money for ourselves. We are looking for someone to take action and clean up their mess," said Sasser.

The companies responsible for the dump have argued that removing the 17,000 truckloads of Dioxin waste could actually do more harm than good with a risk of releasing the toxin into the surrounding environment.

Despite pleas for an immediate clean-up from Harris County Attorney Vince Ryan the Environmental Protection Agency is still months away from deciding on a complete removal or allowing the Dioxin to stay.