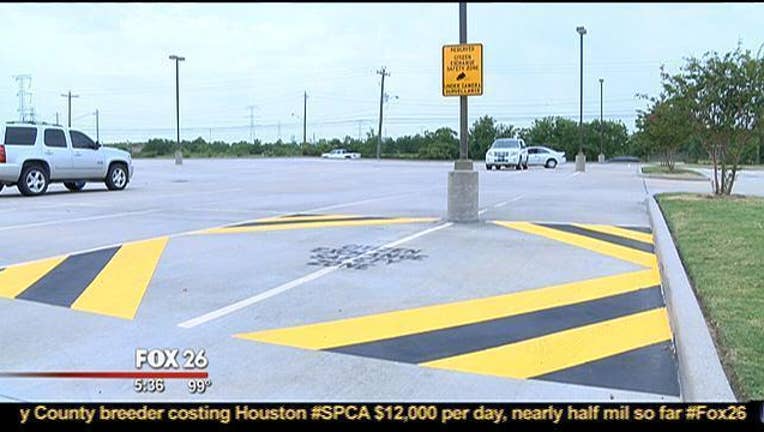 If you've ever done face to face business with someone you met on line, it can be a little disconcerting.  You don't know if you could be putting yourself in danger, and you certainly don't want them to know where you live.

La Porte police have a solution.  Right in front of their headquarters is what they call a Citizen Safe Exchange Zone.  Arrange to meet up at that location to exchange property, knowing police cameras are rolling, and that help is a few feet away.

"By being on camera and being right in the police parking lot, should something happen, either one of the citizens present can easily walk a hundred yards into the police department lobby," said LPPD Spokesman Sgt. John Krueger. "We can immediately secure that video and if there's not an officer in the building an officer can immediately respond to that area."

The safe exchange zone has been in place about 3 weeks.  Police don't monitor how much it's used, but they know it's been used.  Even though it was borne from the idea of buying and selling with someone from Craig’s List, they've seen some very creative uses for the area.

"Unfortunately with the high rates of divorce and custody issues, they are not always the most amicable situations," Krueger said.  "Ex-husbands and ex-wives can exchange children and property in an environment where everybody feels comfortable."

Police feel it's a strong deterrent to crime, and a great new service to the community.  So far, no one has had to report a problem.