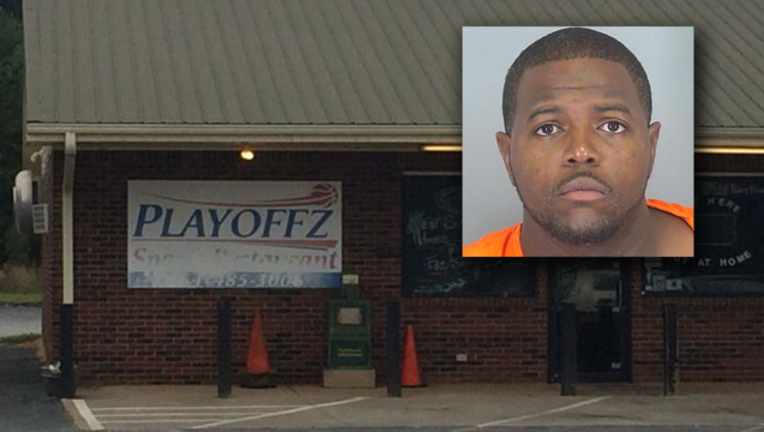 A South Carolina man is in jail after police say he opened fire outside a nightclub over the weekend.

Spartanburg County Deputies arrested Jody Ray Thompson, 30, after they say he pulled out a gun after getting into an argument with another man outside the Playoffz nightclub early Sunday morning, according to FOX-affiliate WHNS.

Officials say Thompson fired several rounds toward a crowd that had gathered out in front of the club.

"His rounds struck three victims, and almost struck a fourth victim, who in self-defense, pulled his own weapon and fired, striking Thompson in the leg," Lt. Kevin Bobo told WHNS.

Bobo said the man who shot Thompson had a valid concealed weapons permit, cooperated with investigators, and won’t be facing any charges.

Thompson was charged with four counts of attempted murder, possession of a weapon during the commission of a violent crime, and unlawful carrying of a weapon.

Bobo told WHNS none of the victims' injuries were life-threatening.