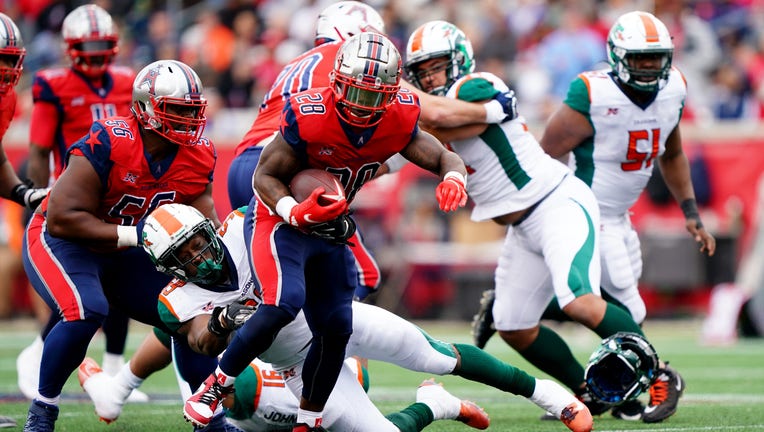 HOUSTON, TX - MARCH 7: James Butler #28 of the Houston Roughnecks runs during the XFL game against the Seattle Dragons at TDECU Stadium on March 7, 2020 in Houston, Texas. (Photo by Eddie Clarke/XFL via Getty Images)

HOUSTON - The Houston Roughnecks defeat the Seattle Dragons in Week 5 of the XFL season, remaining undefeated with a final score of 32-23.

P.J. Walker passed to Cam Phillips in the fourth quarter for a touchdown, bringing the Roughnecks back ahead after trailing most of the game with a score of 26-23. Another touchdown in last two minutes of the game widened the gap to 32-23.

Another field goal and a touchdown in the third quarter gave Seattle a sizeable lead, but the Roughnecks almost caught up with another touchdown, bringing the score to a close 23-20 at the end of the third.

P.J. Walker passed to Nick Holley before James Butler rushed up the middle, bringing the score to 14-12. A reception by Nick Holley tied the game up just before halftime.

The Roughnecks were off to a rough start, falling behind 14-0 by the second quarter.