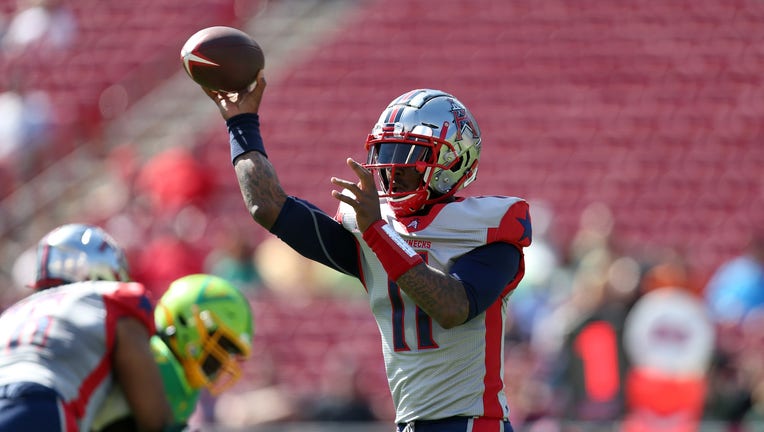 TAMPA, FL - FEBRUARY 22: P.J. Walker #11 of the Houston Roughnecks passes the ball during the XFL game against the Tampa Bay Vipers at Raymond James Stadium on February 22, 2020 in Tampa, Florida. (Photo by Carmen Mandato/XFL via Getty Images)

After losing their lead briefly, the Roughnecks pulled ahead once again after a touchdown by Cam Phillips, endiing the game at 34-27. The Roughnecks remain undefeated, while the Vipers have yet to win a game this season.

In the third quarter, the Tampa Bay Vipers took a small lead over the Roughnecks after a field goal.

Despite suffering offensively, the Vipers managed to scrape by with a tied score at halftime before the Roughnecks scored with a two-point conversion, bringing the score to 26-18 in the beginning of the third quarter.

The Vipers keep switching out quarterbacks, which is working in their favor. The Roughnecks' defense is allowing the most points per game this season so far.

Only two teams – the DC Defenders and the Houston Roughnecks – remain undefeated after the first two weeks of the season. The Tampa Bay Vipers and the Los Angeles Wildcats remain winless after their games. Every other team is in the middle of the pack in their respective decisions.

Here are some of the moments you may have missed.

QB BATTLE: P.J. Walker and Jordan Ta’amu went back-and-forth during their matchup. The Roughnecks’ Walker threw three touchdown passes – all to Cam Phillips – in the 28-24 victory. Ta’amu also had three touchdown passes in the game – one to La’Damian Washington, one to De’Mornay Pierson-El and the other to Matt Jones.