HOUSTON - Downtown Houston streets will be filled with floats and thousands of men and women on horseback this weekend. If you plan to be in the area, there are some road closures you should know about.

Streets will be closed before and during the Houston Livestock Show & Rodeo Ride, Run and Parade on Saturday. The streets will reopen when the events end in the afternoon.

The Downtown Houston Rodeo Parade will begin at 10 a.m. on Walker at Bagby. The route heads east on Walker, south on Travis, west on Bell, north on Louisiana, west on Lamar and concludes on Lamar at Bagby St.

For more information on the Downtown Rodeo Parade and Rodeo Run, visit the RodeoHouston website.

Click here to view an interactive map of the road closures. 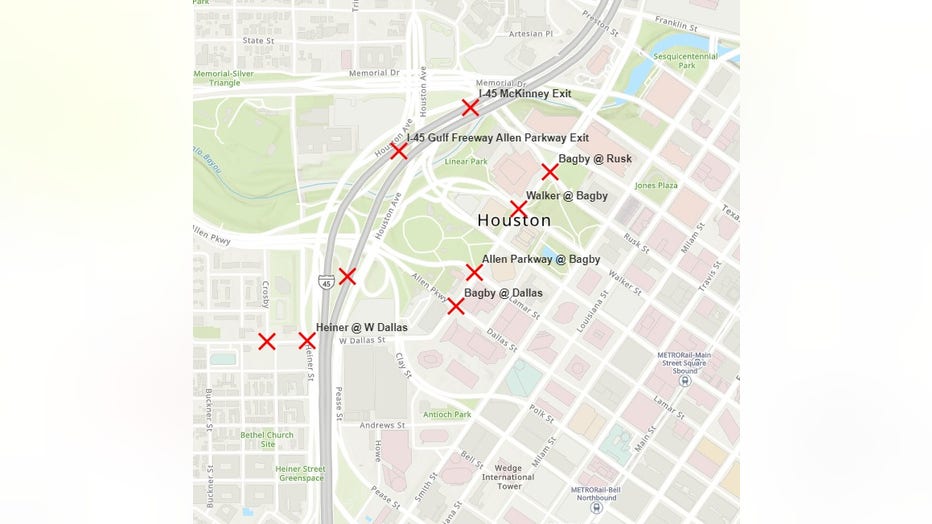 The City of Houston shared this map of road closures for the Houston Rodeo Ride, Run & Parade.

RodeoHouston shared this list of street closures to be aware of:

• McKinney exit ramp from the North Freeway (I-45)

• Walker and McKinney between Bagby and Smith

• Walker between Bagby and Sabine Street

• Dallas (two north curb lanes only) between Bagby and Smith

• Shaw (east and west curb lanes) between Clay and Andrews