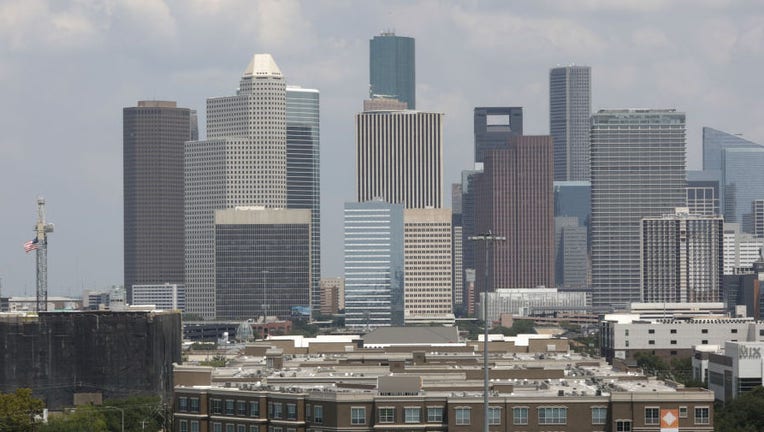 A new analysis released by the Houston Chronicle shows that 7 of the 10 zip codes with the highest COVID-19 positive tests were predominantly in black and low-income areas.

According to the analysis, Coronavirus cases are about two to three times more prevalent in some of the city’s poorest zip codes.

The Houston Chronicle analyzed roughly 5,000 positive COVID-19 tests in Harris County through last week and found that 7 of the 10 zip codes with the highest amount of Coronavirus cases, were areas with majority black and low-income residents.

RELATED: COVID-19 testing in greater Houston area: how and where

The numbers now align with national statistics that the virus appears to be disproportionately affecting minorities in Houston as well.

"Historically, African Americans have had an issue when they go to an ER and go to hospitals, and try to get a response. They’re like oh it’s not as bad as you’re saying it is," said Tomaro Bell, the former President of the Super Neighborhood Alliance.

Bell also serves as the current President of the MacGregor Super Neighborhood Alliance and 'What’s Your Point?' contributor on FOX 26. Bell believes the lack of access to healthcare may be one of the biggest reasons to explain the clusters of cases in poor, minority neighborhoods.

"Because of the lack of sustained healthcare management in minority communities, there are underlying conditions that they don’t even know exist," Bell said.

According to the Houston Chronicle's analysis, neighborhoods like the South Side of Houston, Trinity Gardens, and Sunnyside – where about 85% of the neighborhood is black and 11.5% are Hispanic – reported having the highest case rates.

Bell’s advice is for individuals living in these high-risk areas to be proactive about getting help before it’s too late.

"If you feel like this could be it, you go to the ER. You go get help. You seek help. If you know this is your only avenue, you don’t have a family doctor, you don’t have someone, you go to whatever resources you have to find out what is wrong with you," Bell said.

A spokesperson from Houston Mayor Sylvester Turner's office said the mayor recognizes that there are many different parts of the city, where people have not gotten tested at all. They said Mayor Turner has continuously advocated for more widespread testing, especially in minority communities.

Mayor Turner is expected to announce a third testing site affiliated with the city of Houston on Monday.