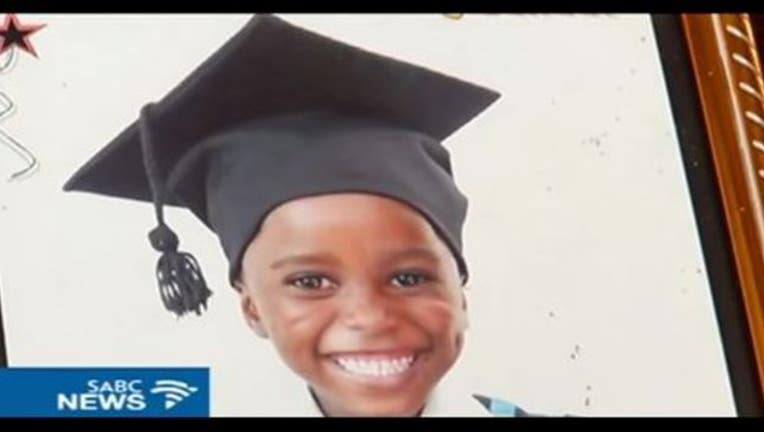 (FOX NEWS) - A young South African boy was brutally murdered by a man who apparently tried to rape his mother as she walked him and his brother to school.

Kutlwano Garesape, accompanied by his brother, Thabiso, and his mother, Segomotso, was walking just off the main road in Jan Kempdorp village last Friday when a man later identified as Teselo Dikole approached the family. Dikole brandished a broken glass bottle and demanded money, the mother said.The mother refused, angering Dikole, who then attempted to rape her instead, according to the South African Broadcast Corporation.

The young boy smacked the assailant in the face and kicked him, yelling “Let go of Mommy!”

Segomotso told the station that Dikole began stabbing Kutlwano before tossing him in the air and letting him crash back to the ground.