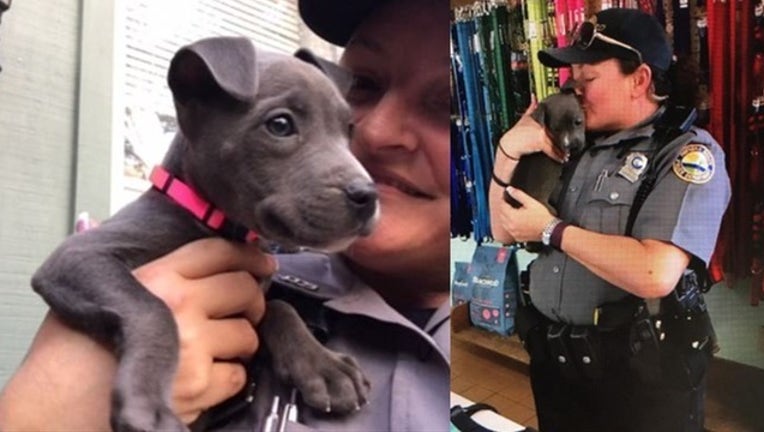 DAYTONA BEACH (FOX 13) - A sweet puppy rescued in Daytona Beach on a cold January morning has been adopted by an officer.

The Daytona Beach Police Department said officers found the near-frozen pitbull puppy under a bridge in the Halifax River. It's unclear how the pup ended up in the river.

The puppy, who animal control officers named River, was rescued and quickly warmed up.

A few weeks later, the police department announced that River was being adopted by Officer Kera Cantrell.