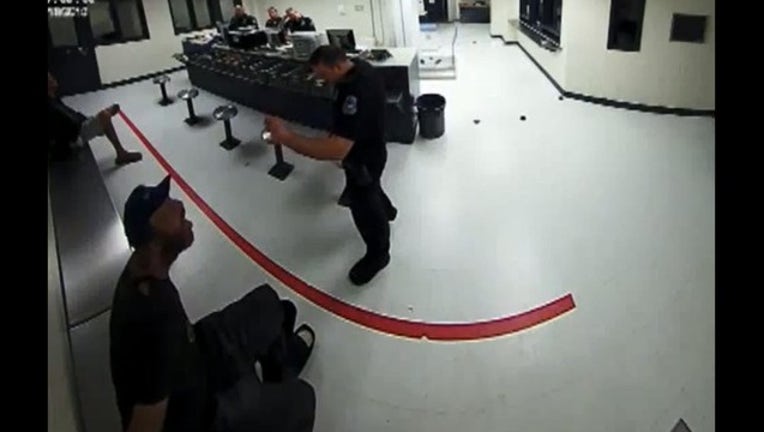 A Florida cop is under investigation after a video was released of him throwing food at a handcuffed homeless man.
A news release from the Sarasota Police Department says it all happened in their county jail.  The video shows
Officer Andrew Halpin walking up to the suspect, Randy Miller, with food. Officer Halpin begins tossing the food at Miller's mouth but appears to miss.  Seconds later Halpin and three other officers watch as Miller gets on his knees and tries to eat off the floor while he is handcuffed.  At the end of the video an
officer walks over to Miller and uses his foot to slide the food closer to him. Sarasota PD tweeted a news release announcing an internal affairs investigation.