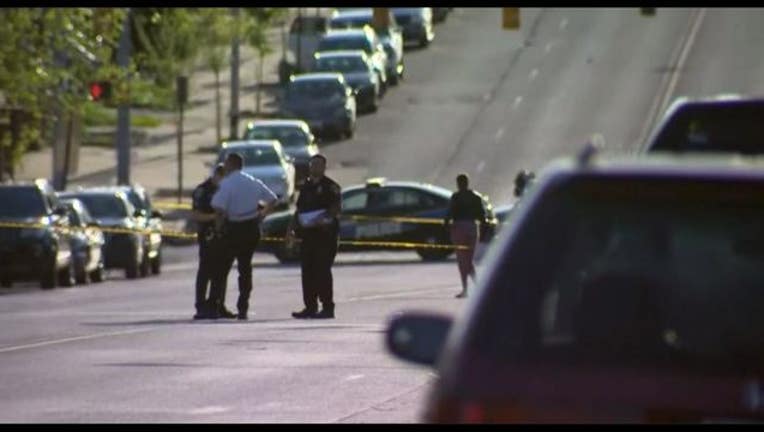 BALTIMORE (AP) - A gunman fired indiscriminately into a crowd where people were gathered for cookouts on a street in Baltimore, wounding seven people including one of them fatally, the city’s police commissioner said.

Authorities said the shooting happened around 5 p.m. on a block in the city’s western district.

Police Commissioner Michael Harrison said a black male approached a crowd on foot and began firing in what he called “a very tragic, very cowardly shooting.”

Harrison said the shooting appeared to be “extremely targeted” but he did not immediately elaborate on a possible motive.

The commissioner said there were two cookouts occurring on opposite sides of the street at the time, and that shell casings were found in two different locations, indicating that there may have been a second gunman, or someone firing back at the first shooter, who fled on foot.

It was unclear whether the cookouts were related, Harrison said.

One man who was shot collapsed behind a nearby church and was pronounced dead at the scene.

“It wasn’t anything dealing with the church. I want to make that very clear,” acting mayor Jack Young said.

Harrison and Young urged members of the public to help investigators.

“Someone knows something,” Young said. “These things ... they don’t happen by happenstance. People know who’s doing these shootings.”