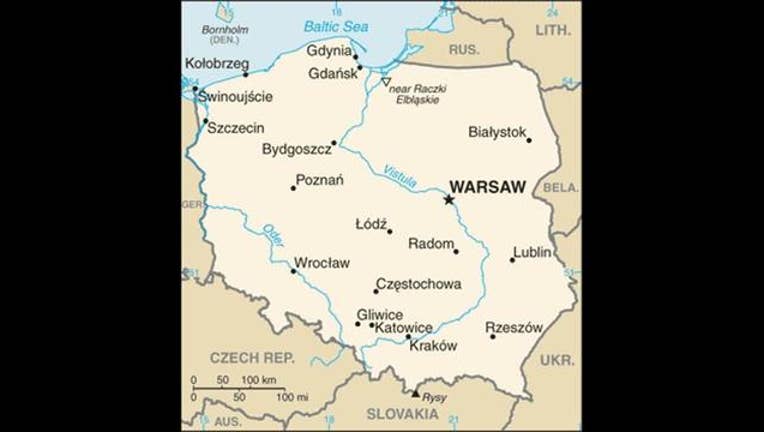 WARSAW - WARSAW, Poland (AP) — Authorities say that a Polish man has been detained over suspicion of fighting in Syria.

Spokesman for the state Internal Security Agency, Maciej Karczynski, told The Associated Press the detention is not linked to the attacks in Paris. But he didn't provide further details.

TVN24 said a 23-year-old Pole was extradited on Sunday from Norway, where he was arrested in September on suspicion of having fought on the side of the Islamic State group in Syria in 2014 and in 2015.

Jaroslaw Szubert, spokesman for the appeals prosecutors in the city of Lodz, where the man was taken, said the man was a suspect on terrorism charges and would be questioned within 48 hours.