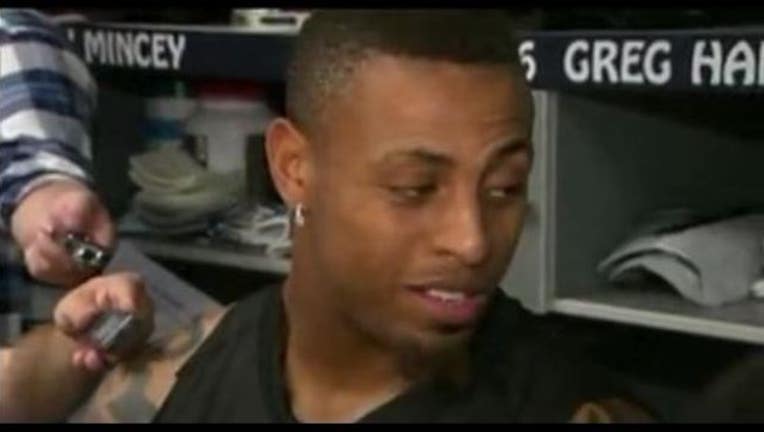 The domestic assault case involving Dallas Cowboy Greg Hardy is back in the spotlight.

For the first time, graphic photos have been released of Hardy's ex-girlfriend the night she told police he nearly beat her unconscious.

Deadspin also obtained police documents detailing Holder's claims that Hardy threw her against a bathroom wall in a fit of rage, dragged her by the hair and threw her again onto a futon covered with assault rifles.

The images show bruises on Holder's face, arms, back, legs and feet.

A judge later convicted Hardy for assault, but the charges were dismissed when Holder failed to appear for a second trial.

The charges were expunged from Hardy's record this week.

Hardy was suspended by the NFL after the incident and later joined the Cowboys.

Cowboys owner Jerry Jones released a statement Friday night saying, “While we did not have access to the photos that became public today, we were and are aware of the serious nature of this incident. We as an organization take very this seriously. We do not condone domestic violence. We entered into the agreement with Greg fully understanding that there would be scrutiny and criticism. We have given Greg a second chance. He is a member of our team and someone who is grateful for the opportunity he has been given to move forward with his life and his career."