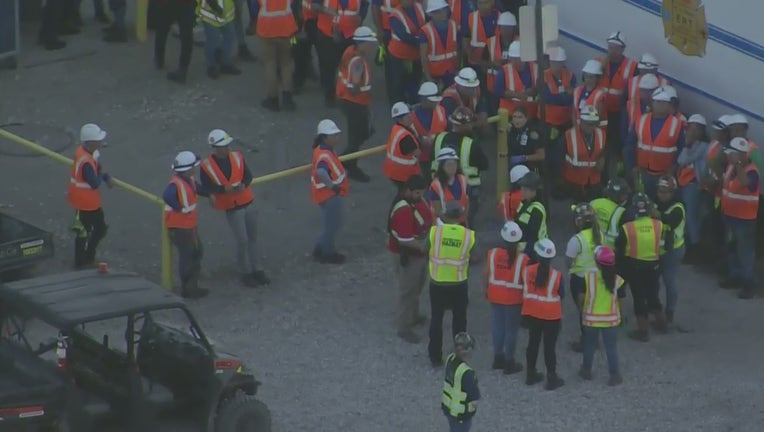 RICHMOND, Texas - A total of six employees were taken to the hospital after more than 100 employees were exposed to chemicals at a plant in Richmond.

Officials said they received multiple 911 calls of people being exposed to an unknown chemical at W.A. Parish Generating Station around 5:45 p.m.

Officials said 106 patients were identified, and six people were taken to the hospital with the most severe symptoms being dizziness and lightheadedness.

The employees were said to be contracted to do work inside a building, and that's where the exposure occurred, officials said.

It's unclear at this time what the employees were doing inside the building at the time.

All personnel and patients have been accounted for and have been released.