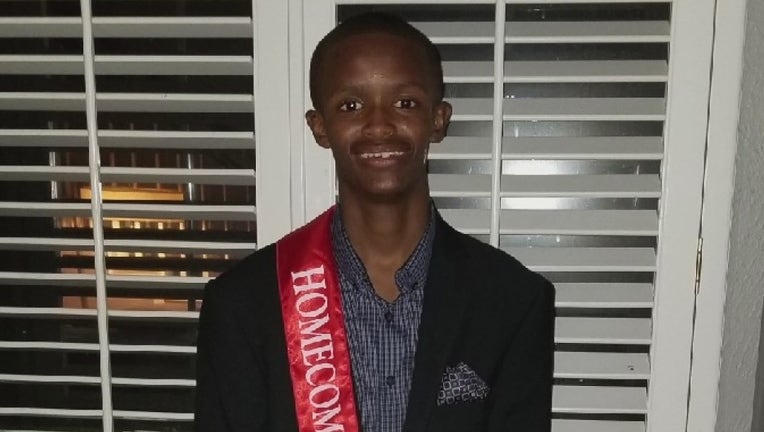 HOUSTON - A cry for change from a mother whose special needs son was murdered inside the Harris County Jail.

According to court records, 19-year-old Fred Harris, a first-time offender, was ambushed, stabbed and fatally beaten last October. Fred was waiting for the court-ordered mental evaluation his family hoped would get his life back on track.

With the murder case against Ownby grinding forward, Fred's mother Dallas Garcia is continuing her call for drastic change at the dangerously overcrowded jail. The same jail where her son's murder, the rape of a detention officer, and a federal class action lawsuit by the deputies' union triggered the out-sourcing of hundreds of inmates by Harris County leaders to relieve pressure and improve safety.

"I hope my son did not die in vain. And if there's anything we can get out of this, at least bring about some change because how many other people are going through these situations in jail who aren't special needs? How many haven't been publicized? How many are suffering there because of being understaffed, being overcrowded?" said Garcia.

Garcia says since her son's murder, parents and relatives of other "vulnerable" inmates have contacted her with terrible accounts of mistreatment inside the jail.

"I'm really hoping that my son's death is just not a total loss and it's not just something that's going to be swept under and forgotten about. What happened to him should never happen to anyone, in any family and no one should be in this situation," said Garcia.

Moving forward, Garcia hopes to provide "a voice" for those families who say they've been largely ignored.