Researchers from the Michigan Medicine's Sleep Disorders Center made the discovery.

A new study from researchers at the University of Cambridge indicates it may be possible to detect dementia within a patient nearly a decade before they are diagnosed.

The findings now make it possible to screen at-risk patients who qualify for early medical treatment to reduce their risk of dementia. Moreover, new treatments have the potential to become more widely available for clinical trials.

The study was published in Alzheimer's & Dementia: The Journal of the Alzheimer's Association. Researchers used information from the U.K. Biobank database to look for impairments relating to dementia, including problem-solving and number recall.

"When we looked back at patients' histories, it became clear that they were showing some cognitive impairment several years before their symptoms became obvious enough to prompt a diagnosis," said the study's author Nol Swaddiwudhipong in a statement to Bloomberg. 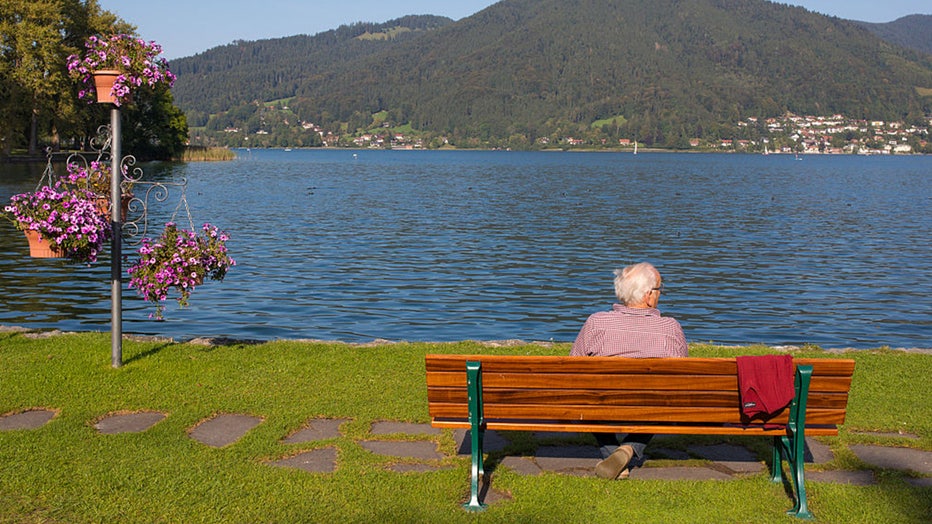 FILE - An elderly man sits on a bench with a with a panoramic view of a lake. (EyesWideOpen/Getty Images)

NEW STUDY SUGGESTS STEROIDS MAY CHANGE THE STRUCTURE OF THE BRAIN

"The impairments were often subtle, but across a number of aspects of cognition," Swaddiwudhipon added. "This is a step towards us being able to screen people who are at greatest risk — for example, people over 50 or those who have high blood pressure or do not do enough exercise — and intervene at an earlier stage to help them reduce their risk."

The database researchers from Cambridge relied on also had information regarding memory, reaction times, grip strength, weight loss and the number of falls. Therefore, researchers were able to determine if there were signs of dementia based on when the data was first collected, approximately five to nine years before their diagnosis.

Moreover, patients who developed the disease had trouble with problem-solving, reaction times, prospective memory and pair matching. For every condition analyzed by scientists, poor health was always reported, sometimes years before the diagnosis.