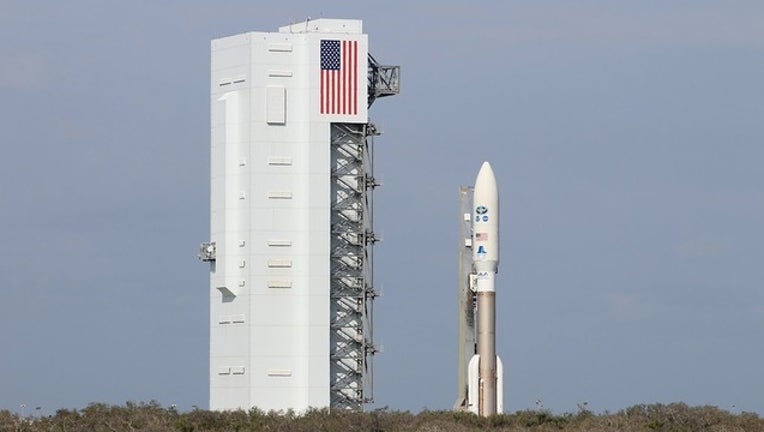 CAPE CANAVERAL, Fla. (AP) - NASA has launched another of the world's most advanced weather satellites, this time to safeguard the western U.S.

An Atlas V (five) rocket blasted off Thursday from Cape Canaveral, Florida, carrying the GOES-S satellite for the National Oceanic and Atmospheric Administration. It's the second satellite in an $11 billion effort that's already revolutionizing forecasting with fast, crisp images of hurricanes, wildfires and other natural calamities.

The first spacecraft in the series has been monitoring the Atlantic and East Coast for the past year. The same first-class service is now coming to the Pacific region.

It's the third weather tracker launched by NASA in just over a year: "three brilliant eyes in the sky," as NOAA puts it.