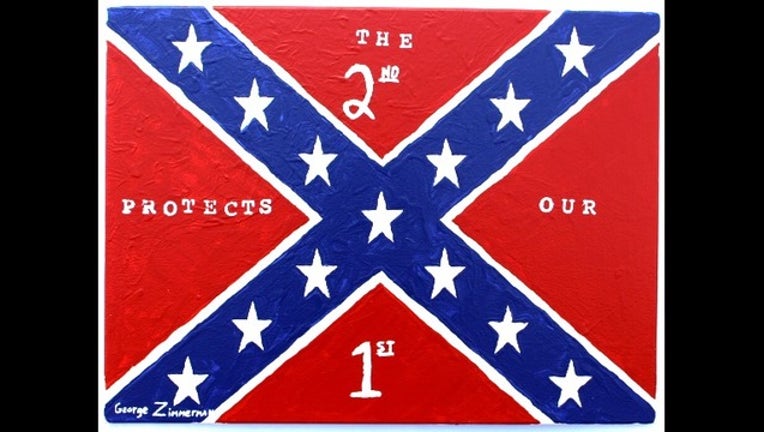 Florida Gun Supply announced on Monday that it was hosting a contest to win an original Confederate flag painting by George Zimmerman.

According to the store's website, half of the proceeds will go to the store owner Andy Hallinan and the other half to Zimmerman.

Hallinan is currently facing a federal discrimination lawsuit filed by the Council on American-Islamic Relations (CAIR), for his controversial and incendiary comments in a viral video.

In July 2013, Zimmerman was acquitted of second-degree murder charges in the shooting death of Trayvon Martin.