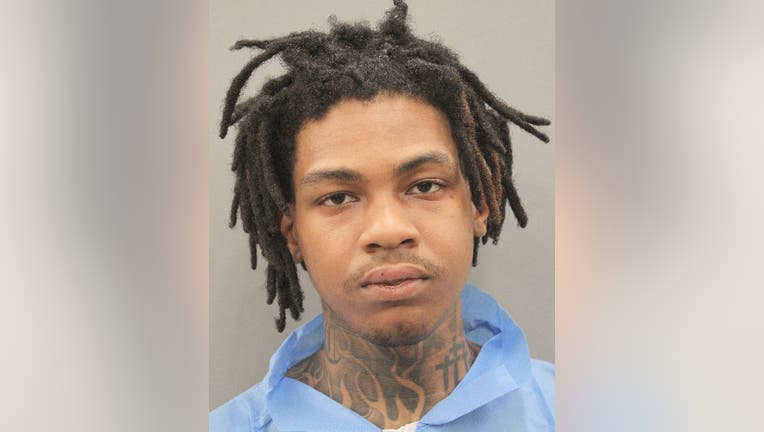 Cameron Rogers, 20, is charged with murder and possession of a firearm as a previously convicted felon.

HOUSTON - Bond has been set at $250,000 for the man involved in a deadly crash during a Houston police chase.

Cameron Rogers is charged with murder and possession of a firearm as a previously convicted felon.

Rogers, 20, was released from the hospital and booked into the Harris County Jail on Tuesday before appearing in probable cause court.

According to court documents, Rogers was already on bail for a separate offense out of Fort Bend County, where is on deferred adjudication for aggravated robbery.

BREAKING BOND: MORE FROM OUR ONGOING SERIES ON CRIMINALS OUT ON BOND

Rogers was also given conditions upon release. Rogers would have to wear a GPS monitor and be under curfew from 7 p.m. to 7 a.m.

Rogers' arraignment is set for Wednesday.

FOX 26 Natalie Hee speaks with the friend of a father killed when Houston police were engaged in a chase.

Houston Police say an officer attempted to talk to three people in a white Cadillac STS that was parked illegally at a Chevron gas station in west Houston just after midnight Monday.

Before the officer could get close, the car sped off. Houston Police say a chase ensued down Richmond Ave. The vehicle turned on Wilcrest Drive, and the officer lost sight of the vehicle.

That's when authorities say the fleeing suspects ran a red light and crashed into an innocent driver, killing him. The family of the innocent driver has identified him as 35-year-old Carl Wiley.