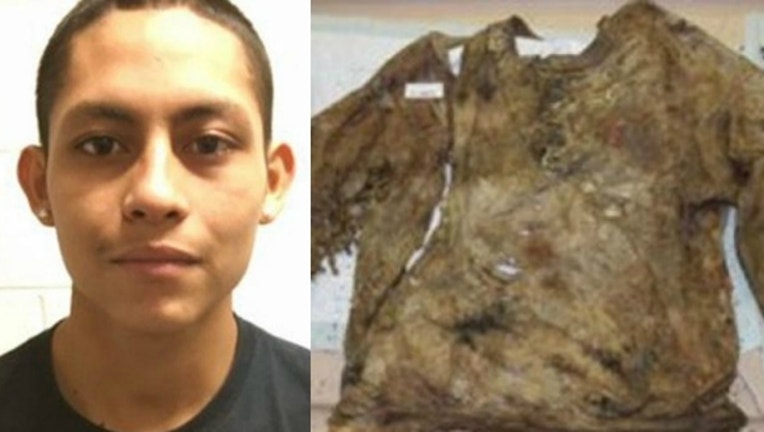 FOX NEWS - A man murdered earlier this year by the MS-13 street gang was stabbed more than 100 times, decapitated and had his heart torn out of his chest and buried with him, Maryland authorities said Wednesday.

Montgomery County Police said one of the alleged killers, 19-year-old Miguel Angel Lopez-Abrego, was arrested Nov. 11 in North Carolina. Lopez-Abrego, known as "Timido," has been charged with first-degree murder and was ordered held without bond after his first court appearance.

According to court documents, which cited interviews with a gang informant, up to ten MS-13 members planned to lure the victim to the Silver Spring park where he was killed sometime this past spring.

The documents allege that Lopez-Abrego helped dig the grave where the victim was found, and also used a walkie-talkie to alert the other gang members to the victim's arrival. The informant also claimed Lopez-Abrego was the first to attack the victim, stabbing him with a 15-inch knife.

The informant led police to the grave on Sept. 5 and "detailed the choking, stabbing, decapitating and dismembering [of] the Victim's body," according to a police affidavit.

The documents do not give a motive for the killing.

The victim has yet to be conclusively identified. Police describe him as a Hispanic male standing approximately 5 feet, 2 inches high and weighing approximately 126 pounds. He had short, dark brown hair and a missing lower tooth that may have been noticeable when he was speaking or smiling.