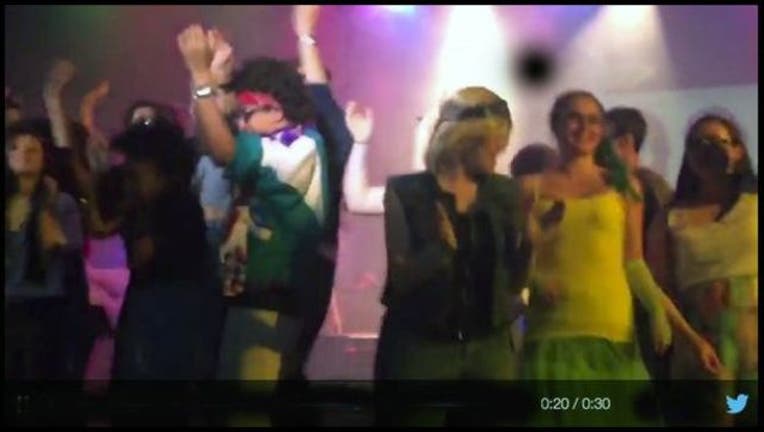 INDIANAPOLIS (AP) - More than a dozen students suffered minor injuries after a stage packed with dancing and clapping youths collapsed during a musical performance at a central Indiana high school, authorities said Friday.Capt. Charles Hollowell of the Westfield Police Department said all the students injured in the collapse Thursday evening were "doing really well," including a girl initially reported in critical condition. She was the only student still being treated at a hospital Friday morning, Hollowell said.

Authorities said a large group of students was on the stage during the grand finale of the "American Pie" concert at Westfield High School when the floor of the stage collapsed into the orchestra pit below.

Westfield Washington Schools Superintendent Mark Keen said it appeared that a cover that is placed over the pit for some productions had given way.

The State Fire Marshal's office, Indiana State Police and Indiana's workplace-safety agency were investigating the collapse and would "make every effort to prevent this or worse from happening in the future," Indiana Gov. Mike Pence said in a statement.

Keen said the school was gathering stage records for investigators to scrutinize.

Pence said he was "relieved beyond words" that no one was killed or seriously injured.

Video supplied to The Associated Press by Zach Rader - who was in the audience - and consistent with the AP's reporting shows more than a dozen students dancing and clapping on stage while a female student sings along to Journey's "Don't Stop Believin'."

Most students then suddenly plummet out of sight, the music cuts off and screams are heard.

Blake Rice, an 18-year-old senior at the school, about 20 miles north of Indianapolis, said he was playing guitar in the performance, a tribute to '80s music.

As the last song began, Rice said he took a step back to allow more students onto the stage. He saw the stage collapse but did not fall through.

"At first, it didn't seem real. It didn't really register with me what happened," Rice said.

Rice said people in the audience immediately ran toward the stage and began pulling debris off students. Auditorium staff pulled people out of the pit, he said.

"I realized how lucky I was," Rice said. "Another 3 seconds and that could have been me."

Regularly scheduled classes will meet Friday and Keen said faculty would come in early to work with students as they arrive.

Westfield Mayor Andy Cook said he visited some of the injured students at hospitals. He said he told them: "You kids must have been really rocking."

The incident evoked memories of a 2011 stage collapse at the Indiana Stage Fair that killed seven people and injured nearly 100. High winds toppled rigging and sent the stage roof onto fans awaiting the start of a concert by the country duo Sugarland.

J.T. Coopman, the executive director of the Indiana Association of Public School Superintendents, said he expected the accident to "jolt people into action" at schools statewide to review the safety of their stages.

"That would be the direction that I would be giving my maintenance staff: 'Do we have a structure like this? How often do we inspect it? Are we sure that it's absolutely safe before we use it?'" he said.