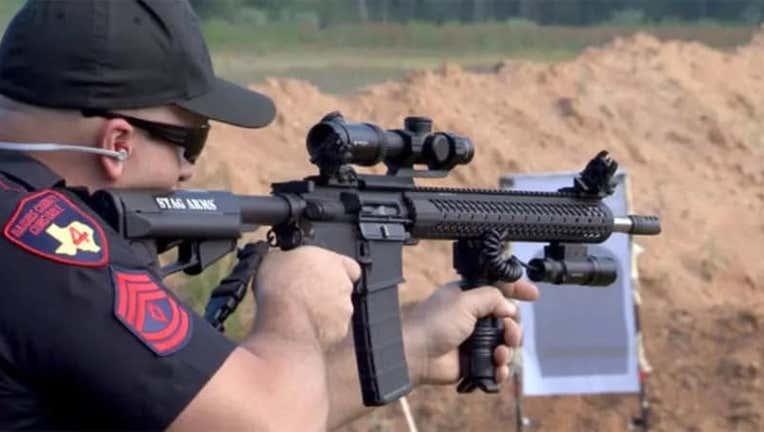 HARRIS COUNTY, Texas - A Harris County constable is arming his deputies with more AR-15s amid the rise in violent crimes throughout the county.

Precinct 4 Constable Mark Herman says the county's failure to implement policies in the criminal justice system contributed to his decision.

"Harris County has become the county of little or no consequence when it comes to committing violent crimes against citizens or attacking law enforcement," Constable Herman said in a statement. "The current policies implement by some Judges has emboldened suspected criminals to go right back out and commit more crimes." 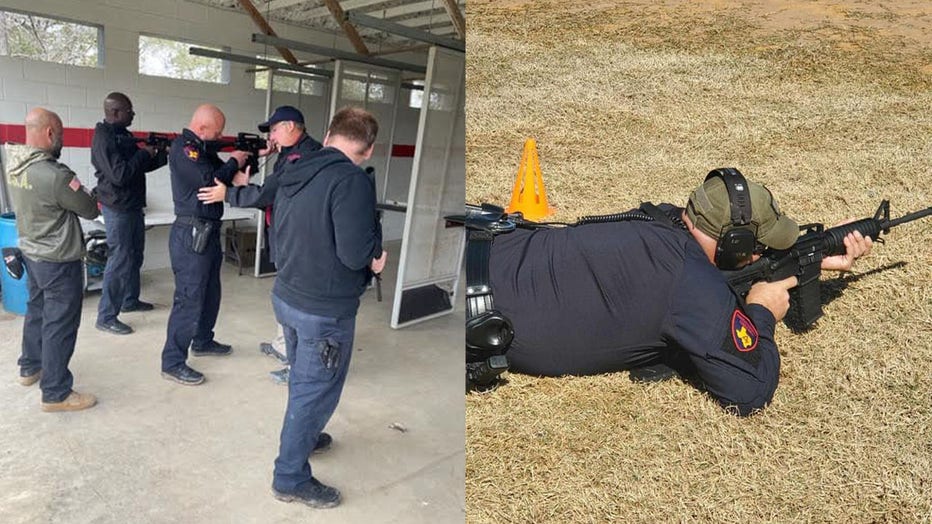 "It’s just a safety tool for our deputies to better protect our communities and the deputies themselves," Constable Herman told FOX 26.

The semi-automatic rifles will be assigned to deputy constables who have been trained and certified to carry them.

"You’re at a disadvantage if you don’t have one," the constable explained. "We want our people to have superior tools at their disposal."

These AR-15 rifles come at a cost of approximately $1,000 each, and Constable Herman says it's taxpayer money well spent.

When asked in a Facebook comment why AR-15s are necessary, Constable Herman responded, "Our deputy Atkins was murdered with one. The criminals have them so will we."

Pct. 4 Constable Deputy Kareem Atkins and Deputies Darrell Garrett and Juqaim Barthen were ambushed and shot from behind by a suspect armed with an AR-15 rifle on Houston's north side while working extra security job in October 2021.

Dep. Atkins, 30, was killed in the shooting; Deputies Garrett and Barthen were injured.

Barthen is recovering and still isn’t back to work. Garrett is still in the hospital.

"Every couple of days he has to have dialysis because he lost both kidneys. He is not able to walk. They doubt he will ever walk again," Constable Herman said.

Residents we spoke with say they’re glad law officers are no longer outgunned by the bad guys. Some say crime has gotten so out of control they recently bought a gun after never owning one before.

"Never, ever. And now all of a sudden I feel the need because I’m that frightened," says Pamela Haynie.

"It does scare me because people are just out here committing crimes with no second thoughts about it. And not only that, the courts are just letting criminals out like it’s nothing," says Alfonso Avila.

When FOX 26 asked for the list of defendants released, the Sheriff's Office and the DA's office pointed at each other. Finally, the sheriff's department said an open records request had to be filed, which gives them 10 business days to turn the information over or fight it.

Five law enforcement officers have been killed in Harris County in 2022 so far, one of them by an AR-15.

"We had Corporal Galloway here recently slaughtered in Precinct 5," Constable Herman added. "The criminals have these rifles and so will we."

Pct. 5 Corporal Galloway, 47, was trying to make a traffic stop, when the driver got out of the vehicle and fired an AR-15 repeatedly at his patrol car. Galloway was hit several times and died on the scene.

The state of Texas accounts for nearly a quarter of officer deaths in the U.S., according to numbers provided by Officer Down Memorial Page, a nonprofit dedicated to honoring fallen officers across the country.

Constable Herman says he hopes to never have to use the AR-15s, but he says his deputies now have them if they need them.