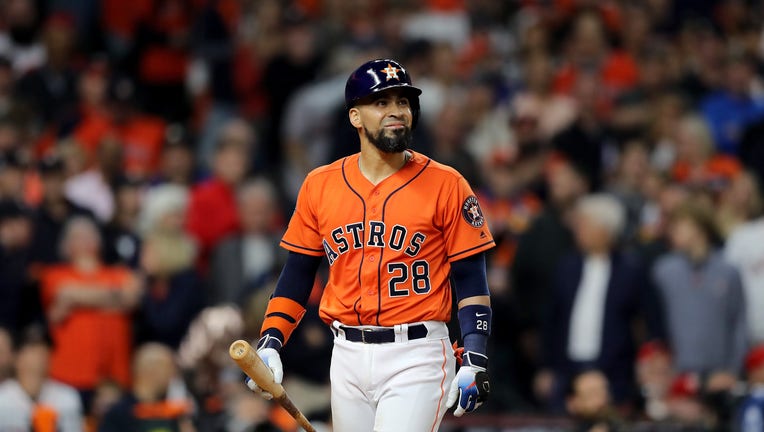 HOUSTON, TEXAS - OCTOBER 30: Robinson Chirinos #28 of the Houston Astros reacts after popping out on a bunt attempt against the Washington Nationals during the eigth inning in Game Seven of the 2019 World Series at Minute Maid Park on October 30, 201

HOUSTON - Major League Baseball has widened its investigation of alleged sign-stealing by the Houston Astros and will probe activity by the team over the past three seasons.

After the conclusion of owners' meetings Thursday, baseball Commissioner Manfred said MLB will "investigate the Astros situation as thoroughly as humanly possible."

The probe includes the team's firing of an assistant general manager during the World Series for clubhouse comments directed at female reporters, behavior the club at first accused Sports Illustrated of fabricating.

Oakland pitcher Mike Fiers told The Athletic in a story last week that while he was playing with the Astros during their 2017 World Series championship season the team stole signs during home games by using a camera positioned in center field. During this year's playoffs, Houston players were suspected of whistling in the dugout to communicate pitch selection to batters.

Manfred says "that investigation is going to encompass not only what we know about `17, but also `18 and `19." MLB is "talking to people all over the industry, former employees, competitors, whatever. To the extent that we find other leads, we're going to follow these leads."