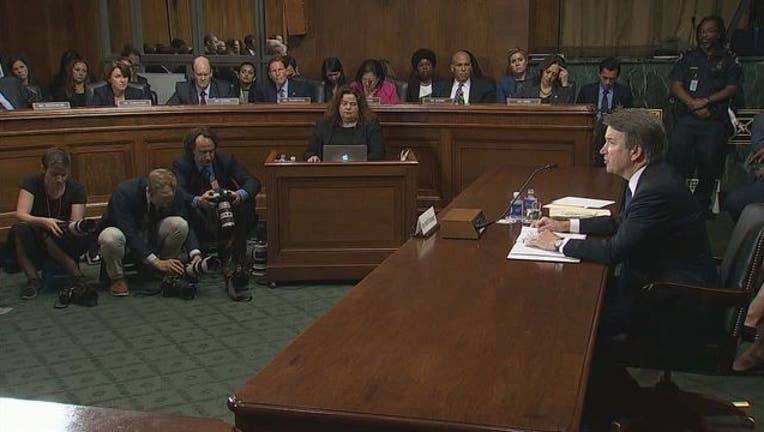 FOX NEWS - Mark Judge, the high school friend of Supreme Court nominee Brett Kavanaugh, wrote in a letter Thursday that he does "not recall the events" described by Dr. Christine Blasey Ford during her testimony in front of the Senate Judiciary Committee.

"I never saw Brett act in the manner Dr. Ford describes," he wrote.

Judge directed the letter, "under penalty of felony," to Chairman of the Judiciary Committee Chuck Grassley and Ranking Member Diane Feinstein, through his attorney Barbara Van Gelder.

"I did not ask to be involved in this matter nor did anyone ask me to be involved," the letter said, and referred to his previous letter sent on Sept. 18.