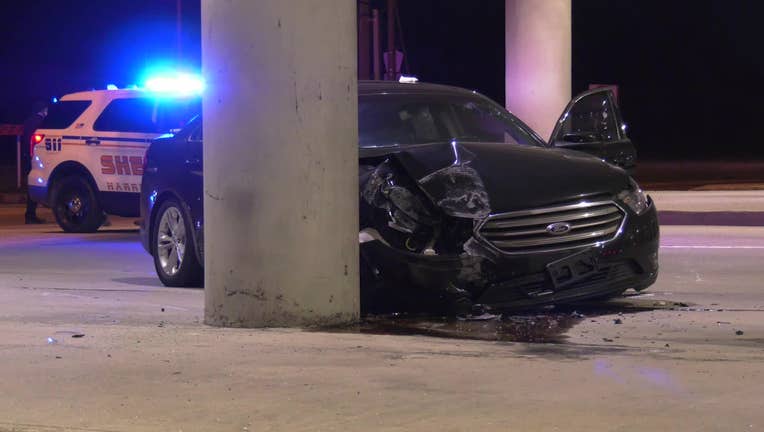 HOUSTON - Houston police say a man crash into a concrete pillar after he was shot by someone in another vehicle.

The shooting occurred around 2:41 a.m. Tuesday in the 1900 block of the N Sam Houston Parkway E service road near Aldine Westfield Road.

According to police, someone in another vehicle fired several shots at the victim’s car. Police say the man was shot in the leg and crashed into a concrete pillar under the overpass.