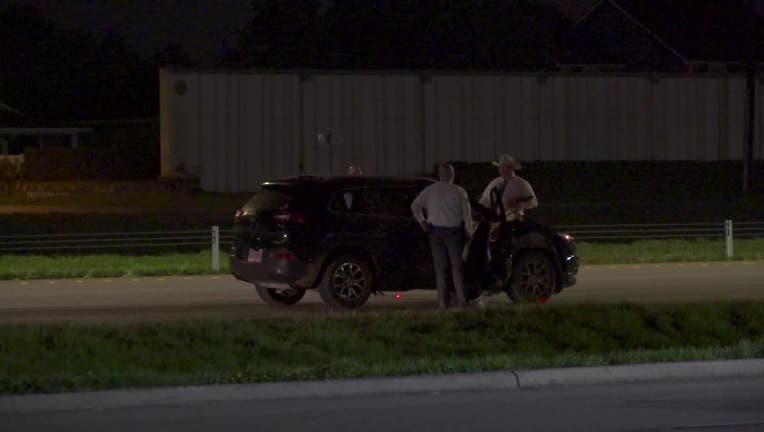 The Harris County Sheriff's Office investigates a shooting along the Grand Parkway.

The Harris County Sheriff’s Office is investigating the deadly shooting of a man in a Jeep along the Grand Parkway.

The shooting was reported on the highway near Champion Forest Drive around 12:30 a.m. Thursday.

According to the Harris County Sheriff’s Office, the driver reported that they had been coming back from fishing. He told authorities that he made a U-turn, a black sedan sped past them, and then someone shot in their direction.

The passenger was shot. He did not survive his injuries.

Investigators are speaking with the driver. Authorities will also search for security video in the area.