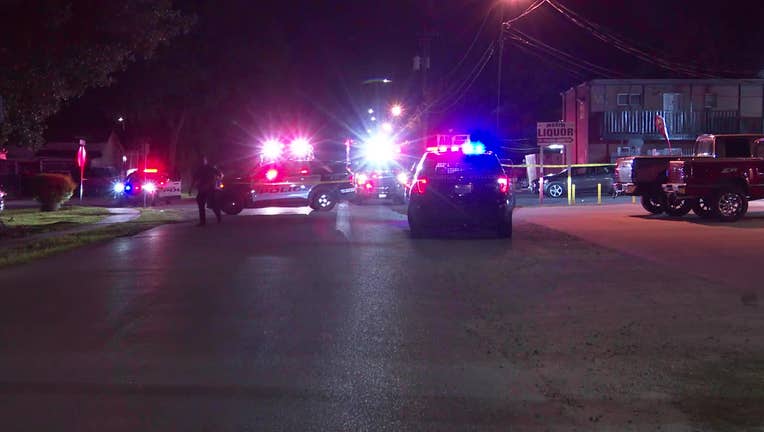 The Houston Police Department investigates a deadly shooting on Weston.

HOUSTON - Houston police say a suspect shot and killed a man outside of a store and then fled in his vehicle.

The shooting was reported around 11:50 p.m. in a parking lot in the 6500 block of Weston near Kelso.

Police say a store employee had just closed the business for the night and was getting into his car when he was confronted by the suspect.

According to police, witnesses reported seeing the suspect shoot into a car and then pull a man out of the vehicle.

The suspect then got into the victim’s vehicle and fled the scene, authorities say.

The 37-year-old man died at the scene. His identity has not been released.

Anyone with information on the identity of the suspect or the stolen vehicle is urged to contact the HPD Homicide Division at 713-308-3600 or speak anonymously with Crime Stoppers at 713-222-TIPS.