Houston police say a driver hit a bicycle taxi with three people on it and then drove away from the scene.

HOUSTON - Three people were thrown from a bicycle taxi during a hit-and-run crash in downtown Houston on Tuesday night, police say.

According to authorities, the crash was reported around 9:40 p.m. as the passengers on the bicycle taxi were leaving a Houston Astros game.

Police say a woman was operating the bicycle taxi with two passengers when they were struck from behind by a vehicle on Capitol Street near Austin Street.

All three of them were thrown from the bicycle taxi and sustained serious injuries, but they are expected to survive, officials say. They were transported to the hospital. 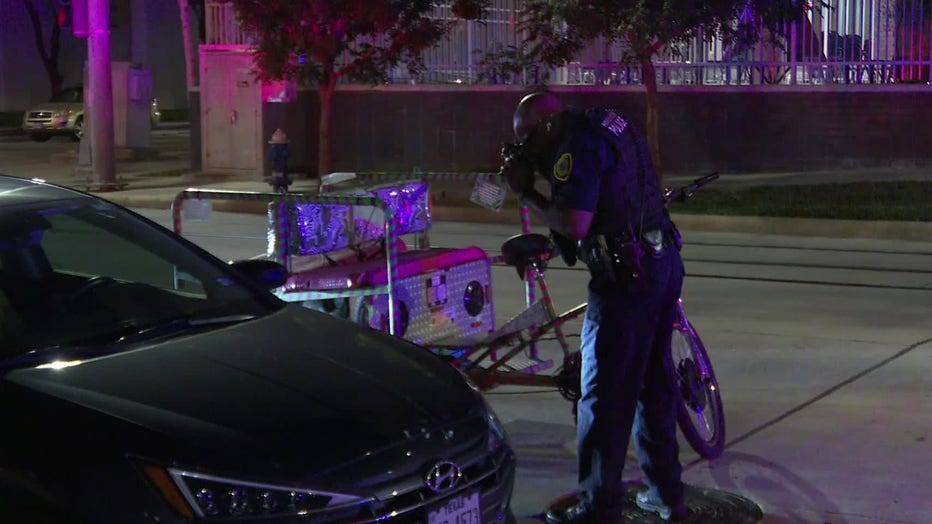 The Houston Police Department investigates a crash on Capitol Street near Austin Street.

There is no description of the car that hit them at this time.

Anyone with information or video of the crash is asked to call the Houston Police Department’s Hit and Run Unit at 713-247-4072 or speak anonymously with Crime Stoppers at 713-222-TIPS.