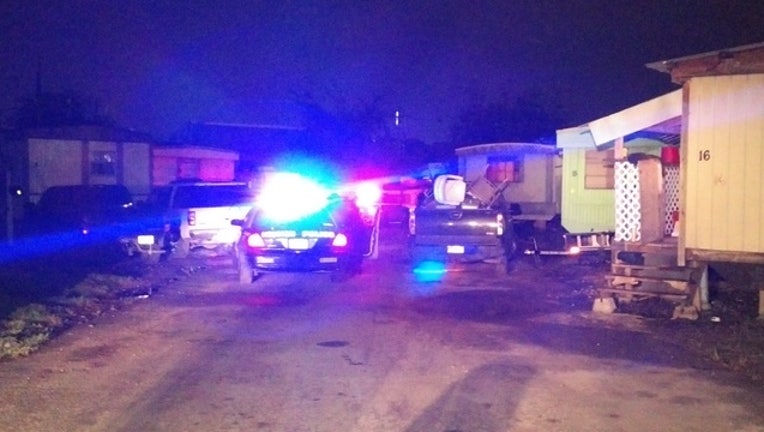 HOUSTON - Houston police are trying to find the gunman who shot and killed a man outside his east Houston mobile home.

Around 5 a.m. Sunday police responded to a shooting call in the 1200 block of Falcon at the East Freeway.

Officers arrived finding the unidentified man laying outside the front door of his home suffering from a gunshot wound.

Police say the man was transported to LBJ Hospital where he later died.

HPD homicide investigators are at the scene interviewing neighbors.