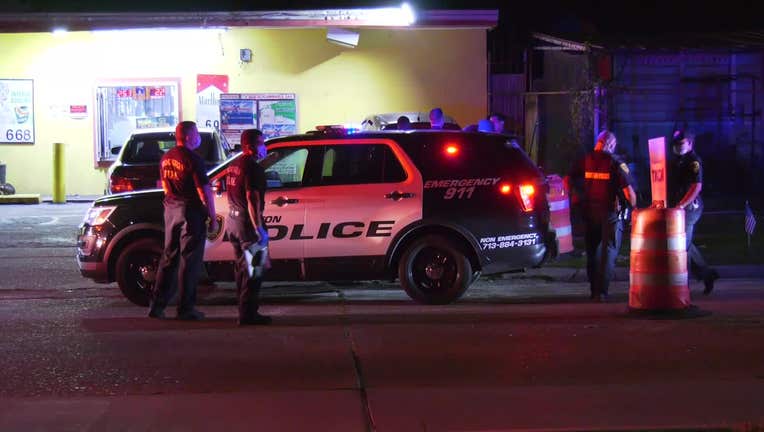 Houston police investigate a shooting outside of a store on Cavalcade Street.

HOUSTON - Police say a man was shot and killed in front of a store in north Houston as he held the door open for his wife.

The shooting occurred around 10:35 p.m. Thursday in the 1400 block of Cavalcade Street.

According to police, the man left the food store with his wife and tried to open the door for her. Authorties say the suspect came up behind him and shot him multiple times.

The suspect was reportedly wearing a mask that covered his face, a green shirt and black pants. The suspect ran southbound from the scene.