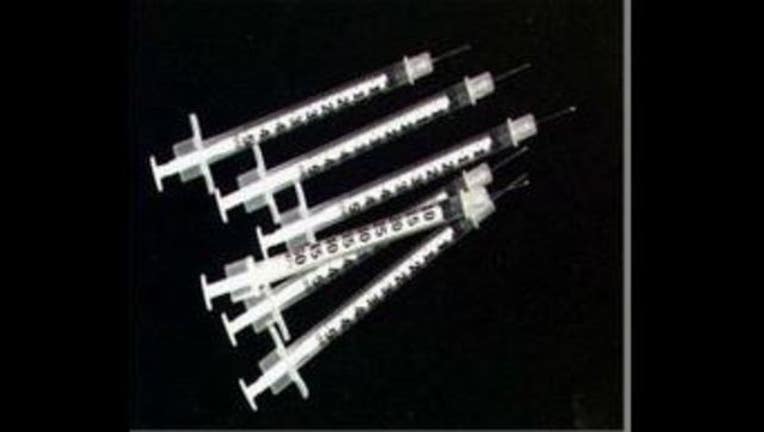 BOCA RATON, Fla. (AP) — Police in Florida say a man got into an Uber driver's car, pulled out a syringe and threatened to inject him with HIV if he didn't drive away.

A Boca Raton police report says Sebastian Lora was waiting for a passenger outside a 7-Eleven when 30-year-old Matthew Steven Francis got into the car and ordered him to drive.

The SunSentinel (http://bit.ly/1Xzec1h ) reports Francis eventually told Lora to pull over. He took Lora's phone and wallet before running from the car.

A police report says officers found Francis walking nearby with a syringe in one pocket and Lora's wallet in the other.

He faces charges of robbery with a deadly weapon, kidnapping and attempted criminal transmission of HIV.

Records don't indicate whether he has a lawyer.