The Salvation Army in northwest Houston is devastated after they realized they were burglarized and a man stole more than $45,000 in items they use for the kids of the Boys and Girls Club.

HOUSTON - The Salvation Army, an organization that provides so much during the Christmas season, became the victim of a crime on Friday morning.

The organization located in northwest Houston was devastated when they realized they were burglarized. A man was seen on surveillance taking items worth more than $45,000, just in time for the holidays

The security footage of the building shows that around 1:30 a.m. a man used a fire extinguisher to break the door to their Northwest Community Care Center at 12507 Windfern Road which also serves as a Boys and Girls Club. The man then spent the next few hours taking whatever he wanted. 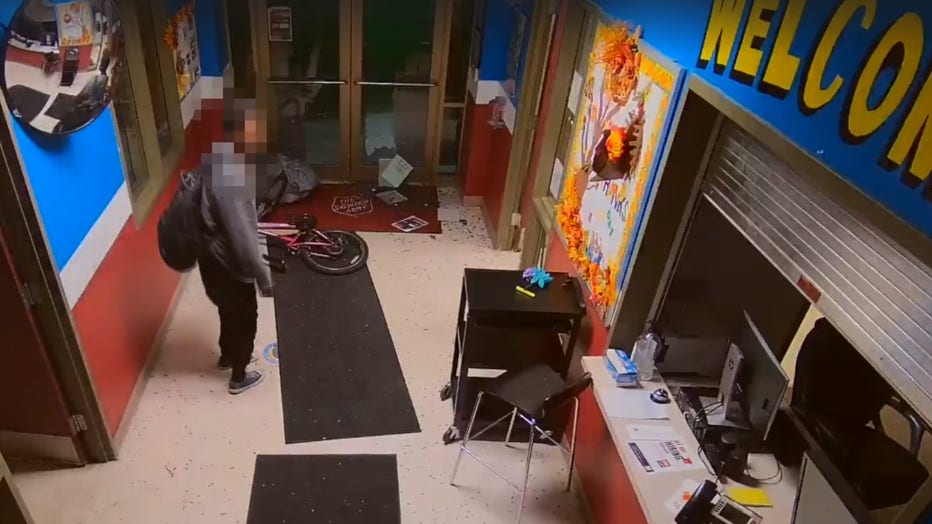 "He stole video games that the kids use to play after school. He stole a bicycle the kids use to ride around behind the building in our field. It really affects how safe the kids feel and if affects their ability to enjoy those things that kids like to enjoy," Hutchinson says.

He also took one of their passenger vans on his way out.

"We use that big van that was stolen to go around to take our bell ringers out to collect donations. We use that big van to go out and pick up angel tree gifts. We’re providing Christmas to 1,700 kids this year. That’s just this location, not all of Houston."

FOX 26's CoCo Dominguez checks out the Houston Salvation Army Chic Boutique and some of the awesome finds you can get!

They believe this man showed up previously asking for help, but they never got his name.

"We are praying that this man will get convicted by God and just turn the stuff back in."

SUGGESTED: 2022 holiday sales expected to be slower than last year

So far, the van has yet to be recovered and no arrests have been made.

Captain Hutchinson remains hopeful that the Harris County Constable's Office will bring justice to their organization.

If you wish to help, the Salvation Army is requesting donations which can be made through their website here.