A man peed on a snack rack at a Detroit gas station after his credit card declined. The whole incident was caught on camera.

DETROIT (FOX 2) - Video captured a man peeing on a snack rack after his credit card declined at a Detroit gas station Sunday night.

After the card declined, the man got into a dispute with the clerk and started urinating on the rack as the clerk filmed him. His friend cheered him on and exposed himself. 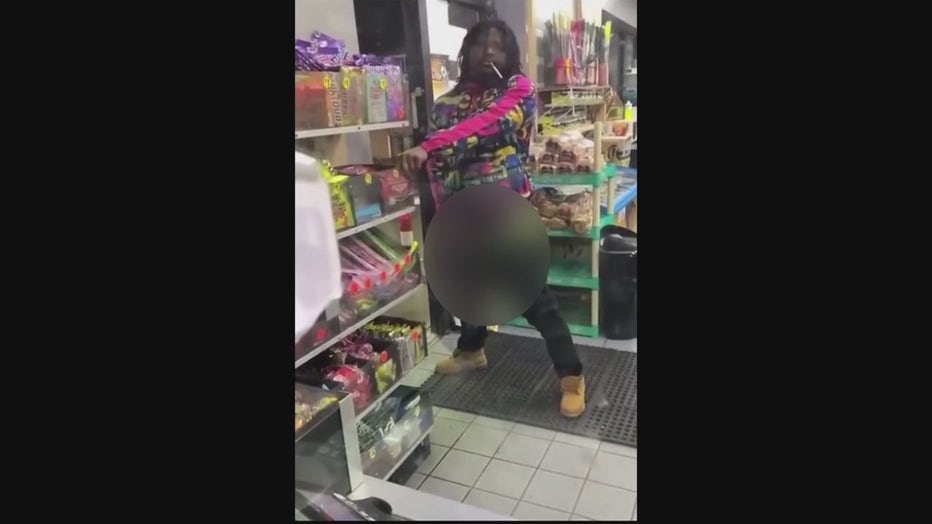 While peeing, the man made eye contact with the clerk and asked, "We on Green Light?" referring to Project Greenlight, the program where police monitor cameras at Detroit businesses.

It is a Project Greenlight location, and police know who the man is.

"If he thinks this is a joke, well we'll be seeing him pretty soon," said DPD Deputy Chief Eric Ewing.

After peeing all over the rack of snacks, the man took bags, including the soiled ones on the ground.

On the way out, the man mooned the clerk before leaving.

Detroit police are asking for the man to turn himself in.