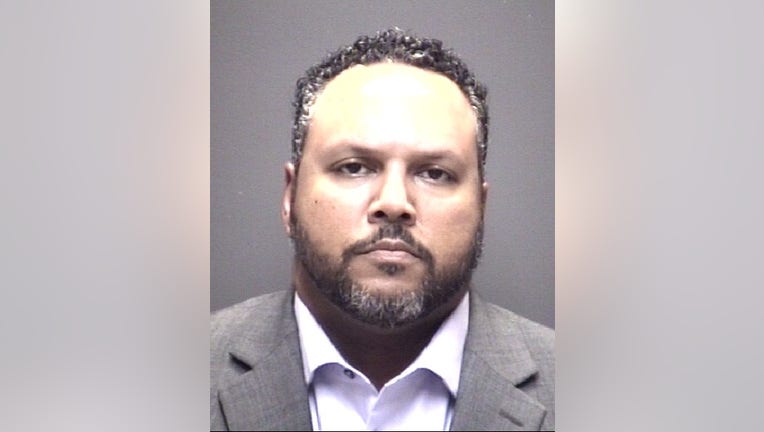 LEAGUE CITY, Texas - After three years, a man from League City has been sentenced for killing his wife on Thanksgiving.

According to reports, Bernard, who was 40-years-old at the time, called 911 saying he accidentally shot his wife Chauntelle Linnea Bernard at their home on Indigo Harbour Lane in League City. When police arrived around 11 p.m. they saw the backdoor kicked in and Chauntelle Bernard's sister, Trinelle Merricks, running back and forth screaming "he killed my sister." Mrs. Bernard's mom and children were also in the home.

League City officers found the body of Mrs. Bernard in the foyer of her home with several shell casings on the floor.

He went to trial before a jury in August and the state called the Bernards' neighbors who told the jury the couple was good, normal people.

However, no one in the South Shore Harbor neighborhood knew the couple's struggles with infidelity and marital strife.

Through the testimony of Chauntelle Bernard's sister, an eyewitness, it was alleged that Mrs. Bernard shouted to Merricks that Dudley Bernard was going to get his gun.

The State showed video footage from a Ring camera captured by a neighbor showing that Mr. Bernard walked to his truck and grabbed the weapon. He walked to the back of the house and kicked the backdoor in.

Reports say he pushed aside Merricks and shot Chauntelle Bernard in the arm, side, and side of her head. As she lay on the ground, he fired six more shots into the back of her head.

Evidence showed that Dudley Bernard emptied an entire 13-round .45 caliber magazine. A child of Chauntelle's, whose birthday was the next day, heard the gunshots and saw his mother dead on the ground.

According to Detective Marty Grant, this was one of the most brutal crime scenes he had seen after more than 30 years as a police officer.

Records stated the jury returned with a guilty verdict on Aug. 5 and Bernard chose to have punishment assessed by the judge.

Judge Ellisor had a punishment hearing on Oct. 7 where he heard evidence from Merricks about how the murder affected the family including the two minor children of Chauntelle's that he is now raising. Merricks shared how her little sister was the light in their family and they missed her every day.

The court even heard from Dudley Bernard who testified his wife abused him and changed his original story from the Presentencing Investigation Report. The defense called witnesses from a 2014 dispatch in the LCPD where Mr. Bernard showed a small scratch he claimed his wife gave him.

Reports say no one was arrested and the defense gave no other evidence of abuse.

Chief Assistant District Attorney Whitney Rasberry argued Dudley Bernard is a dangerous man who will kill again if released. Rasberry asked the judge to start the sentencing at 60 years.

Judge Ellisor sentenced Bernard, who is now 43, to 30 years in prison on Oct. 28 and he will be eligible for parole after 15 years.

According to reports both Dudley and Chauntelle Bernard worked for U.S. Customs and Border Patrol. A spokesperson released this statement after the shooting in 2019:

The State was represented at trial by Rasberry and Assistant District Attorney Casey Kirst.