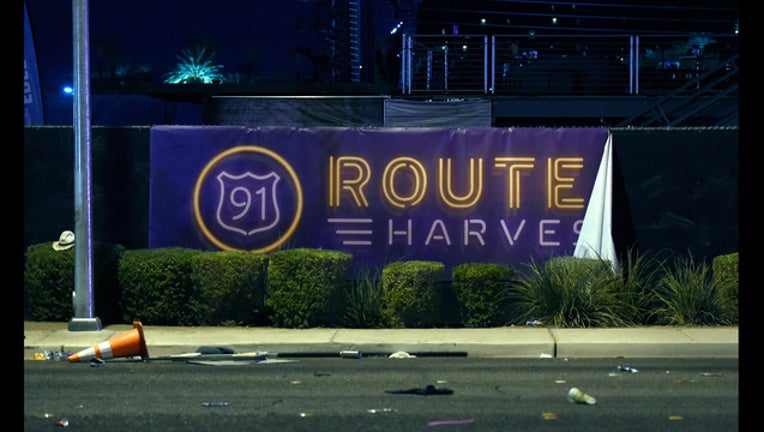 Hours after the deadliest shooting in US history occurred in Las Vegas, high powered politicians and regular people chimed in on Monday,  offering condolences to the 50 who died at an outdoor country concert, and some taking the opportunity to tackle the hot issue of gun control.

Nevada has some of the most relaxed gun laws in the country.

Col. Morris Davis, a former Guantanamo chief prosecutor who is now a commentator on CNN and MSNBC,  “GOP will respond with “thoughts and prayers” and NRA will push for more guns.”

Democratic Senator Chris Murphy of Connecticut shot off a blunt statement, saying that Congress must "get off its ass and do something."

President Donald Trump indeed, tweeted his thoughts and prayers. His Monday morning statement was brief and prayerful. He did not mention the word guns, even during a news conference when he said that "evil must be banished."“My warmest condolences and sympathies to the victims and families of the terrible Las Vegas shooting. God bless you.”

Vice President Mike Pence also offered condolences, without wading into politics, or discussing guns.
“To victims, families, and loved ones affected by this senseless violence in Las Vegas, Karen and I are praying for you and offering our love,” Pence wrote on Facebook. “The hearts and prayers of the American people are with you. You have our condolences and sympathies. To the courageous first responders, thank you for your acts of bravery.

Former president Barack Obama, who has been vocal about his desire to crack down on guns, did not mention them specifically in his Monday morning tweet. “Michelle & I are praying for the victims in Las Vegas. Our thoughts are with their families & everyone enduring another senseless tragedy.”

But others took this opportunity to jump into the gun battle. The San Francisco Chronicle on Sunday highlighted a pair of pro-gun bills on the move in the House, which could roll back decades-old restrictions on gun silencers, opening up the market for a device that critics say would make it difficult in a mass shooting to detect where gunfire is coming from. It was not immediately clear if Stephen Paddock, the gunman in the Vegas shooting, used a gun silencer.

“Automatic weapons are already illegal to own for 99% of the population,” GuitarGoy tweeted. “Stricter gun laws wouldn't have prevented tonight's event in Las Vegas. Before blaming guns, NRA, Trump, etc... educate yourself on the facts and processes to legally acquire a firearm.”

House Majority Leader Kevin McCarthy, (R-California), who is a strong advocate for the Second Amendment and has been behind legislation that supports concealed firearms, noted in his Monday statement that a tragedy of “unimaginable scale” occurred.  But he did not address guns, perse. What he did say whas that these shootings represent times “when we turn to God trying to understand how such inhuman acts can happen. Our nation prays for those who died and for those still fighting to live."

Former presidential candidate Hillary Clinton had definite and forceful thoughts on the issue. "Our grief is not enough. We can and must put politics aside, stand up to the NRA, and work together to try to stop this from happening again."