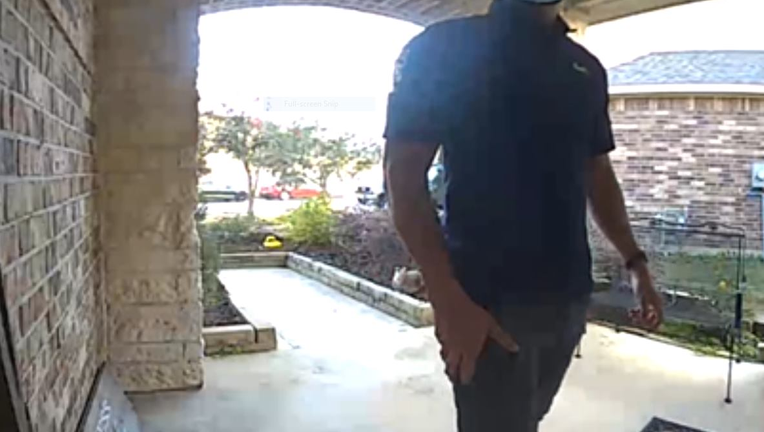 LA PORTE - La Porte Police Department is investigating a FedEx impersonator who tried his luck in the Morgan’s Landing subdivision.

Police say on Jan. 8, a male arrived at a complainant’s address driving what appeared to be a newer model Chevy Colorado pick-up truck.

According to La Porte Police, the complainant received two iPhones prior to the encounter that were not ordered but had the complainant’s name and an incorrect phone number listed.

Shortly after the package was delivered, the complainant received a phone call from a male reported to be Hispanic stating he was with AT&T and the phones were delivered to the wrong address.

The man went on to say a driver would be by to pick them up.

About ten minutes later the male seen in the image arrived and came to the door.

He was advised to leave by the resident and did so.

The complainant was able to contact AT&T and rectify the situation without loss.