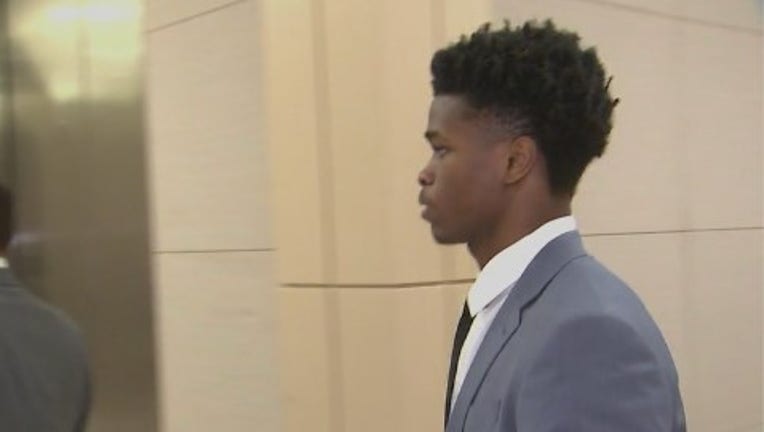 HOUSTON - Opening arguments in the retrial for Antonio ‘AJ’ Armstrong, Jr., who is accused of killing his parents inside their Bellaire home back in 2016, will begin on Tuesday.

That's after a jury was seated on Thursday afternoon.

A judge declared a mistrial in 2019 after days of a deadlocked jury.

His parents, former NFL linebacker Antonio Armstrong Sr. and his wife Dawn, were shot in the head in July 2016.

Armstrong, who was 16 at the time, called 911 after the shooting blaming the murders on an intruder. However, investigators were unable to validate those claims, and he was then charged as an adult.

Antonio "AJ" Armstrong Jr. is accused of shooting and killing his parents inside their Bellaire home in 2016.

The first trial began in April 2019. The state argued the home's alarm system never showed anyone entering or leaving the morning of the murders. Armstrong and his sister were the only people home at the time.

RELATED: Alarm system under scrutiny in case of murdered parents

The defense claimed it was faulty, even attempting to shift the blame to Armstrong's older brother, Josh, who has a history of being mentally unstable.

However, three weeks later, it ended in a mistrial as the jurors were unable to reach a unanimous decision after several days of deliberation.