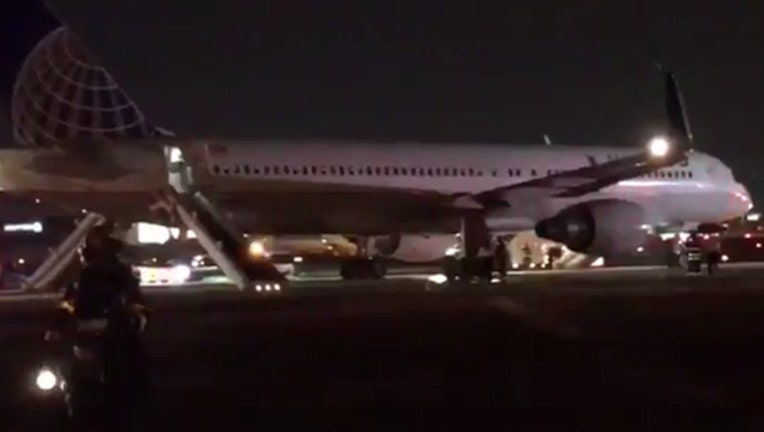 "During taxiing of United flight 1579 from Newark to San Francisco, the tower notified the crew of what appeared to be flames from one of the engines. The crew immediately deployed the slides and evacuated the aircraft," United spokesman Jonathan Guerin said in a statement. "We have received early reports of an ankle injury."

Some passengers tweeted video from the airport's grounds, saying they evacuated the jetliner via the inflatable slides.

The Port Authority temporarily shut down the airport while emergency crews responded to the Boeing 757 aircraft.

In a statement, the FAA said it will investigate.