FORT MYERS, Fla. - It's been two weeks since Hurricane Ian slammed into Southwest Florida and officials are still trying to get in contact with hundreds of missing people.

Search and recovery efforts have been underway ever since the storm, but the sheer level of destruction is making finding people much more difficult.

Searching for loved ones among a mangled mess of boats, cars, homes and debris is unlike any recovery mission crews in Southwest Florida have ever faced.

Dr. Thomas a professor of forensics studies at Florida Gulf Coast University and a former police officer who helped recover victims in the 9-11 attacks is in close contact with officials conducting the recovery mission in Fort Myers. 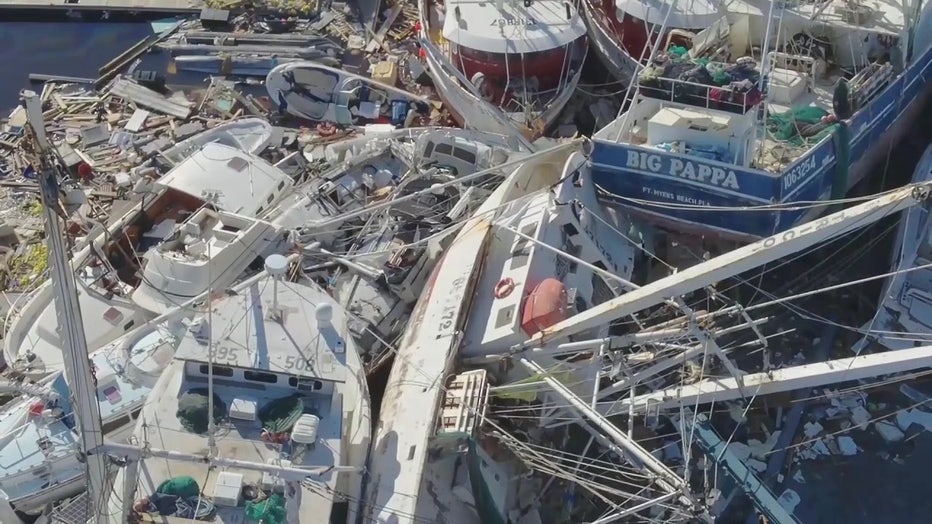 "When you have anybody that has been in water or has been exposed to Florida's environment and exposed to the animals and all the little critters that we have, when you have that, there's going to be decomposition of the body," Dr. Thomas said.

As Dr. Thomas explains, unidentified bodies have likely been recovered and are now with the medical examiner's office, but those numbers aren't released until the person is identified.

"If this is done in six months I think it will be a miracle just because of how bad that devastation is," Dr. Thomas said.

Dr. Thomas says identifying victims is one of the toughest aspects of the recovery mission. In some cases, they'll request DNA from loved ones and compare that with DNA from all the identified victims to see if there are any matches.

If you are still looking for a loved one, the state is encouraging you to fill out a report online if you haven't already you can do so by visiting missing.fl.gov.