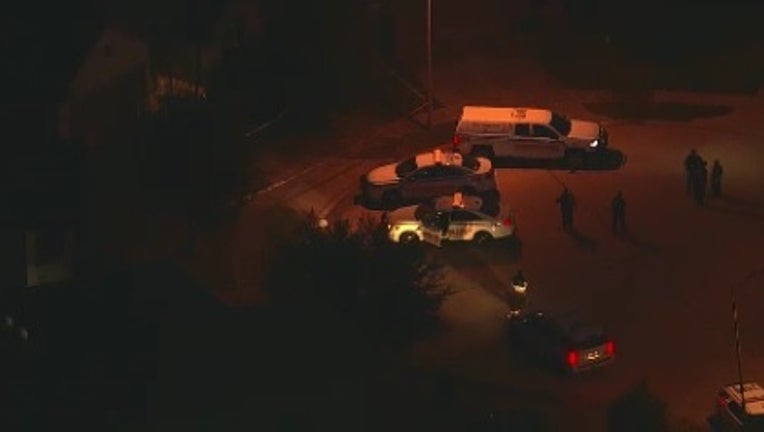 HARRIS COUNTY, Texas - An investigation is now underway after a woman was found dead inside a home on Thursday evening.

The Harris County Sheriff’s Office was called out to the 18000 block of Clayton Bluff Lane in Cypress.

Sergeant Beall with the Harris County Sheriff’s Office said deputies were called out by the homeowner who said his wife had contacted him and said someone was trespassing on the property and had been unable to get in touch with her.

When deputies arrived, they determined that the house was secure and were about to leave.

That’s when the husband arrived at the home and told deputies that they had a previous trespasser at the home in the past couple of weeks, Beall said.

Beall said the husband walked into his home with deputies and the woman was found dead on the floor.

According to authorities, the woman had trauma to her head.

The husband was providing a statement to authorities, authorities said.

Authorities said at this point that it does appear to be a traumatic death, so it will likely be a homicide.