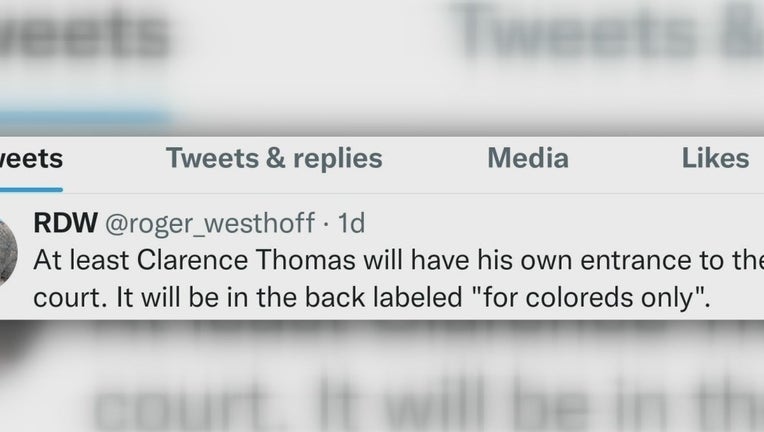 HOUSTON - An internal investigation is underway at the Houston Fire Department after an employee there sent out an offensive, disturbing and racist tweet.

It reads, "At least Clarence Thomas will have his own entrance to the court. It will be in the back labeled "for coloreds only."

FOX 26 sources say this tweet was sent by Roger Westhoff, a deputy chief with HFD for at least 10 years and has been in the department for more than 30 years.

"I am aware of the referenced twitter comment by one of our employees. We expect all of our employees to comport themselves consistent with the department's core values. We're evaluating to determine if the statement violates our social media policy."