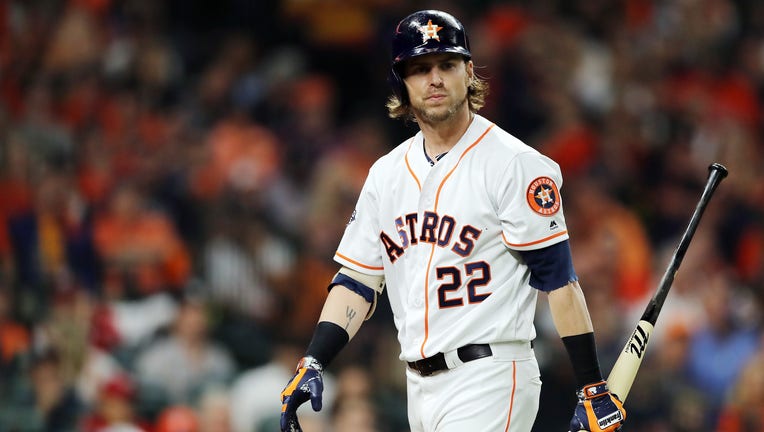 HOUSTON, TEXAS - OCTOBER 29: Josh Reddick #22 of the Houston Astros reacts after striking out against the Washington Nationals during the third inning in Game Six of the 2019 World Series at Minute Maid Park on October 29, 2019 in Houston, Texas. (Ph

Astros outfielder Josh Reddick says he has been receiving death threats over social media after the sign-stealing scandal that has plagued the team.

He says someone even wished cancer upon his children, twins Maverick Joshua Reddick and Ryder Blaze Reddick born on October 2.

"I put a post about my kid rolling over for the first time, and I look down and see 'I hope your kid gets cancer'," he said.

It isn't just Reddick receiving violent comments and messages. He says his other teammates have had the same experience.

"It's depressing to read, it's over a game of baseball," Reddick told reporters. "I'm not the only one, I've heard it from several of these guys in here."