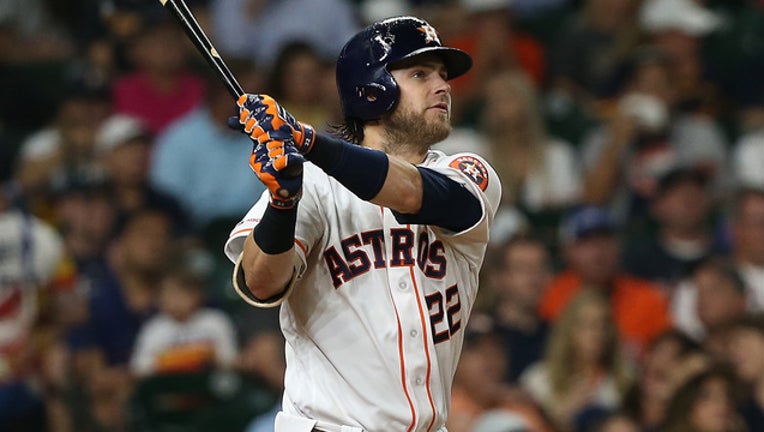 Josh Reddick #22 of the Houston Astros hits a home run in the sixth inning against the Seattle Mariners at Minute Maid Park on September 05, 2019 in Houston, Texas. (Photo by Bob Levey/Getty Images)

The twins were born on October 2 and have been named Maverick Joshua Reddick and Ryder Blaze Reddick.

Reddick announced the birth and shared pictures of the twins on Instagram on Thursday.

Reddick said that Ryder was having some trouble breathing, so he was taken to the NICU after birth.

"Ryder was having some trouble breathing in the real world so he had to go to NICU right after birth and spend the night. He's doing better today and got his oxygen mask taken off but he still needs to be monitored there for at least another 24 hours. We can't wait to be officially together as our family of 4!" he wrote on Instagram.