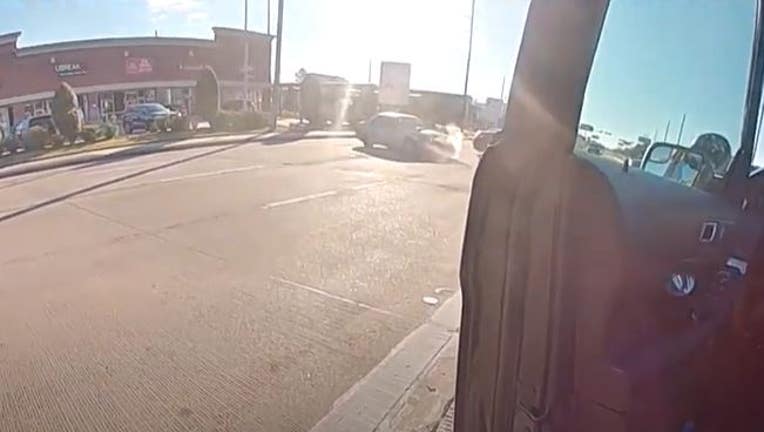 According to the Houston Police Department, members of the department's Westside division from a person who was following a suspect from a robbery that occurred earlier in the day.

When officers arrived, they attempted to take the suspect, Arthur McShan, 40, into custody. 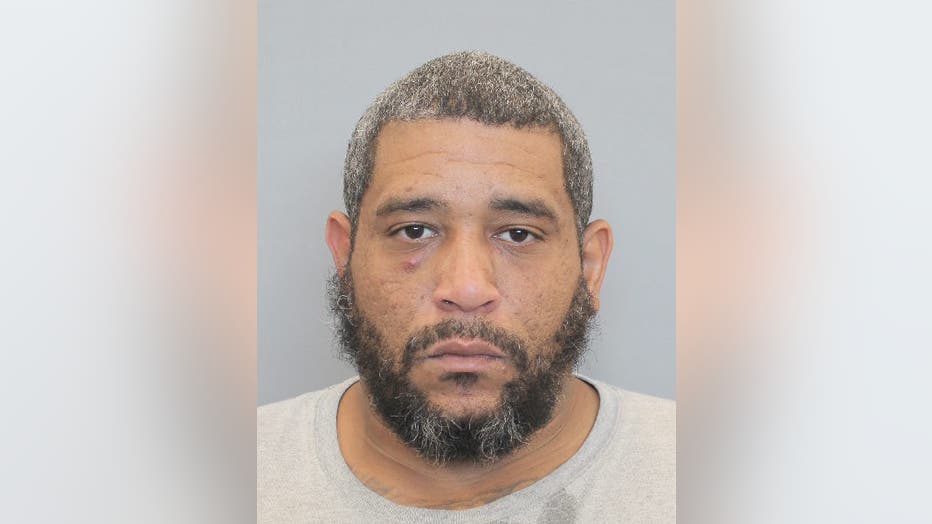 Arthur Lee McShan, 40, is charged with felony evading arrest in a motor vehicle in Sunday's (Jan. 30) officer-involved shooting at 13400 Westheimer. This is a 2020 booking photo of McShan.

That's when, police said McShan, fled in a vehicle and led officers on a pursuit that occurred for almost 30 minutes.

During the pursuit, a female got out of the vehicle when it briefly stopped. However, police said McShan continued fleeing police.

Police said when McShan approached the intersection of Eldridge and Westheimer, he began to ram his car into other vehicles to evade officers.

McShan later lost control of his vehicle in the intersection, causing it to crash into another car on the roadway.

As officers attempted to block McShan's vehicle, police said he jumped out of his vehicle, pointing an object in the direction of officers.

Police said four officers and one sergeant discharged their weapons in the direction of McShan, striking him several times.

One eyewitness even shared video of the incident with FOX 26, and it shows McShan's actions before the shooting.

A man caught in the middle of a Houston police shooting with a robber who led them on a high speed chase, recorded video of the incident. Police haven't confirmed if the robber had a gun or not, but the eyewitness says in his video, you can see the man raise his arms like he's going to shoot at them. See it for yourself.

McShan was later airlifted to the hospital and is expected to survive from his injuries, police said.

No officers were injured in the incident.

McShan is charged with felony evading arrest in a motor vehicle.