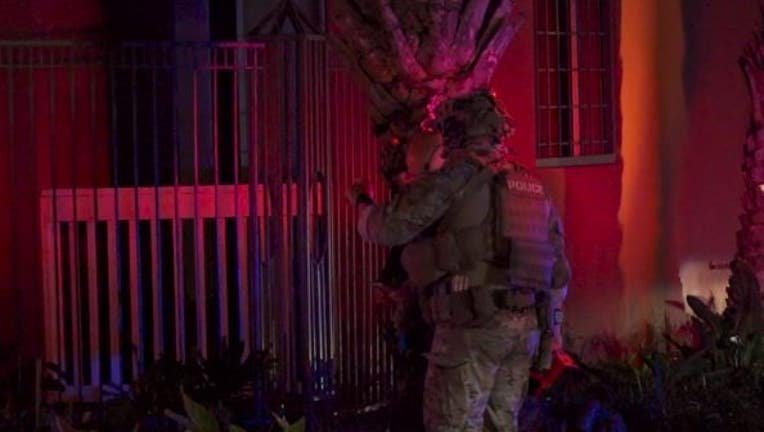 HOUSTON - The city of Houston got off to a violent start to Father's Day, after a Harris County Constable Deputy's home was broken into and his family was shot at.

Around 2:20 a.m. HPD got a call to "assist an officer" at The Viv Apartments in the 2200 block of Dallas near Columbus St. The officer was described as an off-duty deputy with Harris County Pct. 1.

According to HPD Chief Troy Finner, an unknown suspect broke into the deputy's apartment, armed with a shotgun and "some type of assault rifle."

Shortly afterward, the man opened fire, hitting the deputy's wife in the leg and his 4-year-old stepdaughter in her arm. The deputy's wife is OK, officials say and the child is currently in surgery. 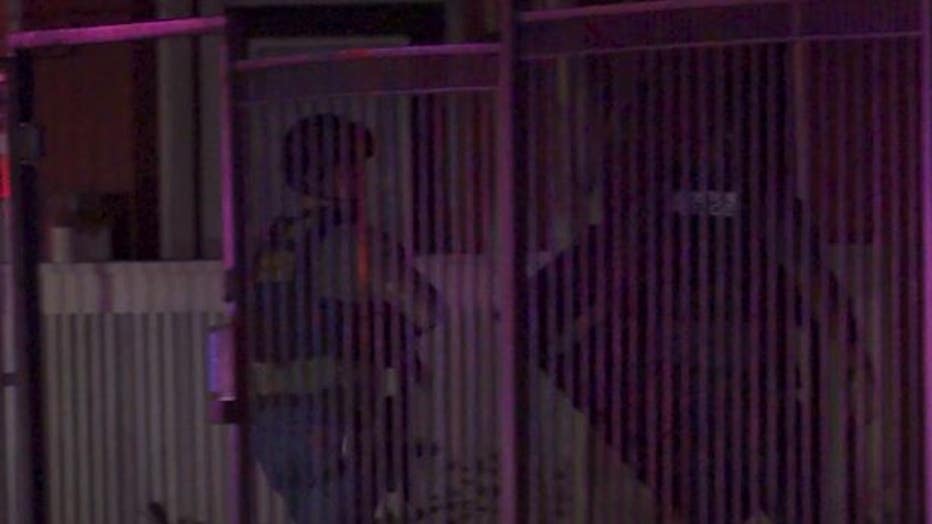 Chief Finner says it's unclear if the attack was targeted but gunfire was exchanged and the deputy is confident he hit the suspect. Additionally, Chief Finner says a separate blood trail corroborates that belief.

"At some point the deputy exchanged gunfire with him," said Finner.  "He feels like he struck the suspect.  The wife is okay.  The stepdaughter is in surgery and stable."

According to Jose Moreira, his close friend Brandan Hopkins is the deputy targeted by the shooter.

"If everyone could just send prayers for him and his family," said Moreira.  "They really need them right now.  I'm kind of shocked this would even happen.  I want to know what kind of person would want to do this to him and his family.  I can't see Brandan getting someone angry enough to do something like that."

An investigation remains underway and because the suspect is still on the loose, officers are asking the public for assistance in locating them to make an arrest. He has been described as Hispanic, standing at 5'5" wearing all black.

"Hopefully they can get whoever did this off of the streets," said Moreira.  "I'm just shocked."