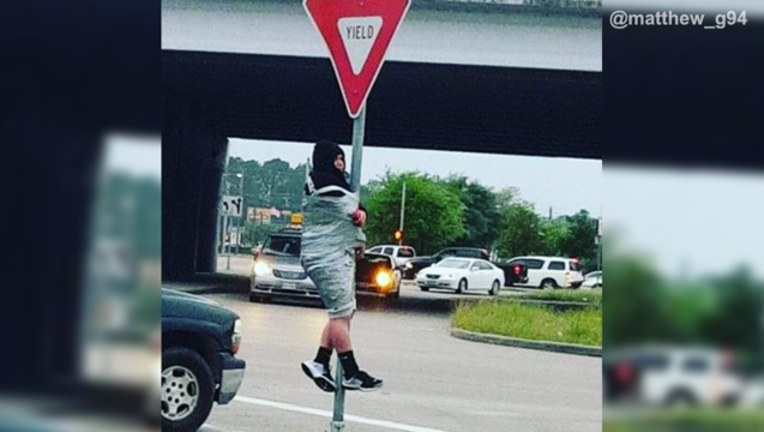 HOUSTON, TX - A man in Houston found himself duct-taped to a yield sign after losing a bet. He explained to the officer that he was actually trying to cut his friend down, Miguel Chavez, who had lost a bet.

Chavez told FOX that he bet with his friend on a Warriors/ Rockets game. When he lost, his friend gave him two choices: get taped to a pole or a car. Chavez decided to flip a coin to decide his fate.

“Heads was for the pole. Tails was for the car,” Chavez explained. “It landed on heads, and everything went from there.”

The officers eventually helped get Chavez down and gave him a ride home.