HOUSTON - Houston police have made an arrest in a robbery that occurred in May.

Hector Mena, 26, is charged with aggravated robbery from an incident that occurred on May 7 at an apartment complex at 9800 Richmond Ave.

According to police, the victim had just arrived at home when he was confronted by Mena and 2 juvenile males. Surveillance video shows the victim being assaulted, robbed, and his vehicle stolen.

Hector Mena, 26, is charged with aggravated robbery from an incident that occurred on May 7 at an apartment complex at 9800 Richmond Ave.

The men started to attack the victim by kicking and punching him multiple times. The suspects then went through his pockets and removed his wallet, keys, and cell phone.

The video shows two of the suspects then running back to a white Toyota Camry, as the third suspect got into the complainant’s vehicle and drove towards a dead end in the apartment complex. 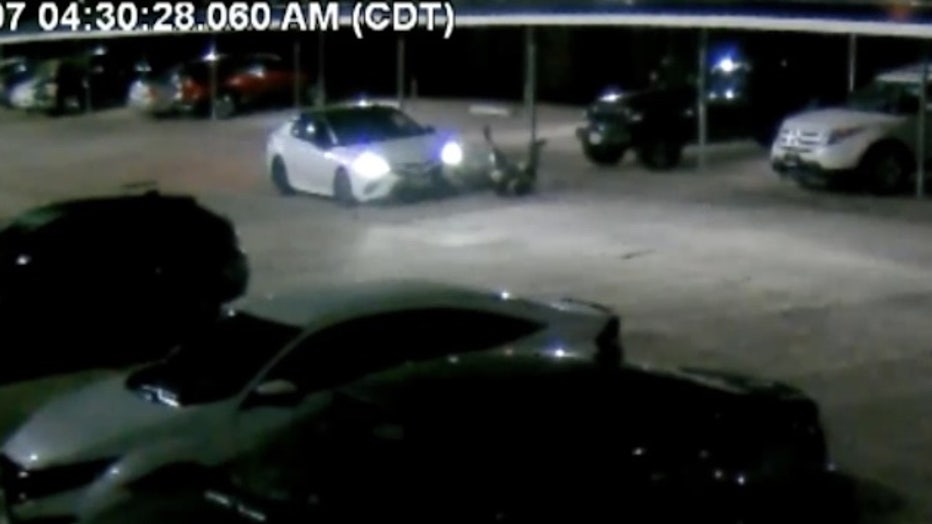 The suspects then turned the vehicles around and drove toward the victim, who attempted to stop the suspects from leaving. He is shown then getting on the hood of the white Toyota Camry as the suspects speed through the parking lot trying to force him off the hood.

The victim then fell off the hood and the suspects drove out of the apartment complex.